Got A Wide Face? You’re Making Everything Terrible 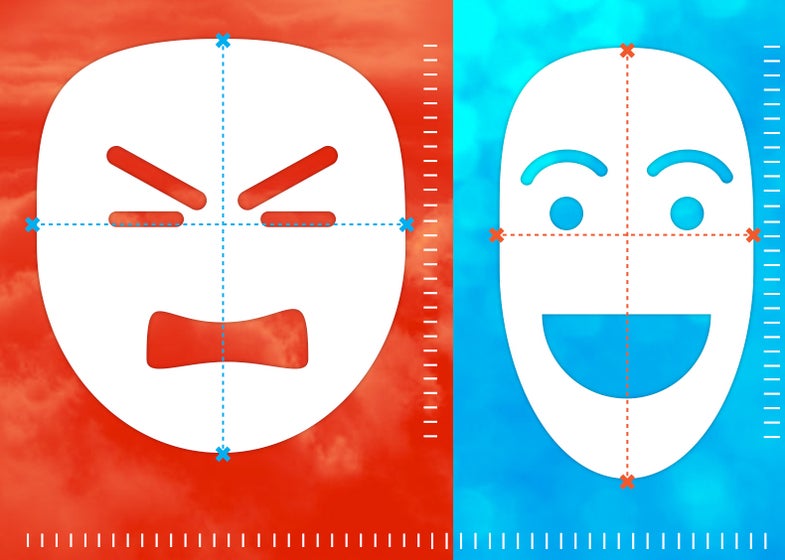 Man, it’s a tough time to be a big-faced dude. Last year, two management professors at the University of California, Riverside found that men with wider faces were more likely to cheat and lie for financial gain. Now, their latest study finds that the selfishness of wide-faced men is a self-fulfilling social prophesy: People perceive men with wider faces as more aggressive and less trustworthy, so they act more selfishly toward them, eliciting selfish behavior in return, the researchers say.

The study consisted of multiple experiments with more than 100 participants in each. First, the researchers found men with wider faces were more likely to be selfish when allocating resources between them and a partner. In another study, participants were shown a picture of their partner in this same resource-allocation task–some saw a digitally manipulated picture of a man with a comparatively wide face, while others saw the same man with a more narrow face. People who saw the wide-faced man as their partner anticipated selfish behavior, and were selfish in how they divided the resources. People who thought they were working with a narrow-faced man behaved more cooperatively.

Golden Rule: If you’re mean to people, they’ll be mean back.In yet another experiment, the researchers informed participants of how their unseen, simulated partner had chosen to divide resources before they had to make an allocation decision themselves. How the “partner” treated the participant was based on results from two of the previous experiments the researchers had conducted–either the participants were treated as if they were a wide-faced man (whom people perceived as selfish) or as a more narrow-faced man (whom people treated with cooperation). The researchers found that treating someone selfishly led them, in turn, to act more selfish.

As the paper puts it:

The underlying causes of this correlation are debatable, of course. Studies have shown that having a wide face is associated with greater aggression, which might influence how people behave. Or people may perceive big men with wide faces as physically strong, so there might be some factors of dominance involved. And the study didn’t control for the participants’ facial width, so there’s no way to know if their own facial traits affected the results.

Still, this seems to be just a scientific validation of the Golden Rule: If you’re mean to people, they’ll be mean back. And don’t judge a book by its super-wide face.

The full study is available in PLOS ONE.