Throwback Thursday: Digital Dogs, The B-2 Stealth Bomber, And Innovations Against Climate Change

Soviets, robbers, and chloroflourocarbons. Oh my! 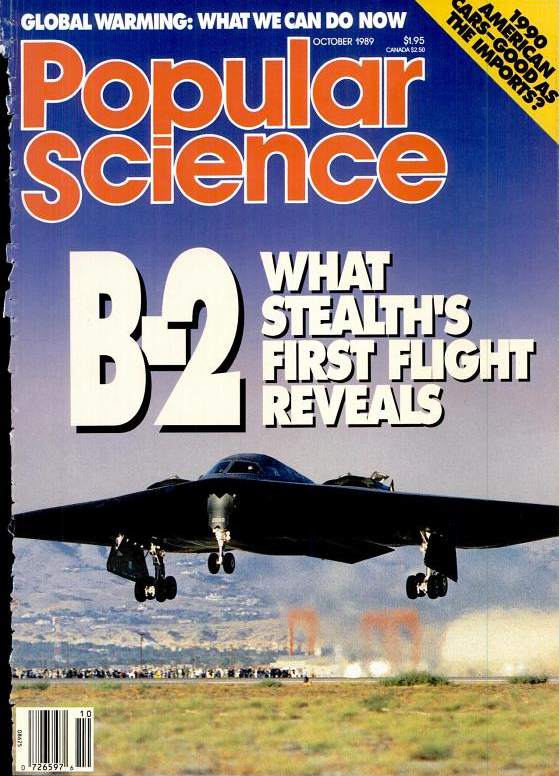 On this Throwback Thursday, we go back 25 years to the Popular Science of September 1989.

In the waning months of the 80s, Popular Science asked what the most important concerns of Americans from that time were, and it seems we came up with three answers: global warming, the Soviet Union, and robbers. Our reporters went out and found the technologies that were designed to deal with each. 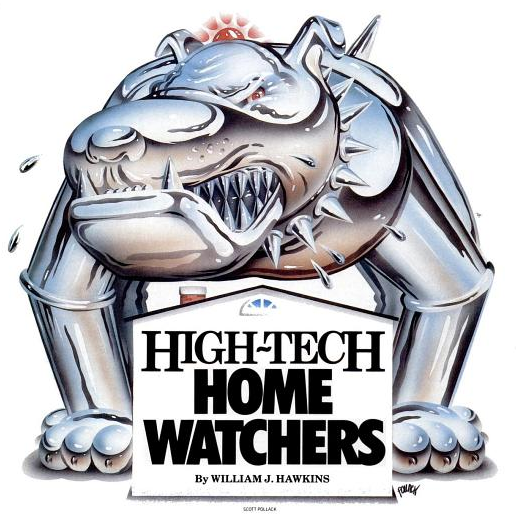 Tired of getting burglarized? Hate flesh and blood pets? Boy, did we have a product for you. The Barking Dog from Heath was a home security system that combined infrared sensors, FM transmitters, and voice synthesizers to ward off thieves. If a warm body crossed one of the sensor lenses, it sent a message to a speaker that “barks its head off” at would-be wrongdoers.

“I’m holding it in my hands,” our reporter wrote, “It’s not alive, definitely not cute, and, at the moment, not ferocious.”

The system, and others like it that were just coming on the market, could also dial 911 on its own and report particular emergencies. Of course, there was one more feature that set it apart from the pack:

The spirit of Barking Dog lives on in a range of road-less-travelled security systems still on the market. 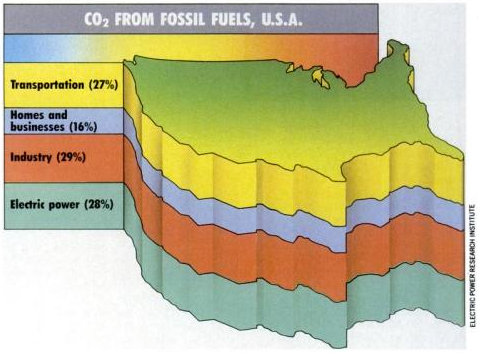 Distribution Of U.S. Greenhouse Gas Emissions In The 1980s

Climate scientists knew the changing climate was a huge problem even 25 years ago. Models of global warming were not as complete as they are today, but researchers were already alarmed enough to call for drastic efforts to reduce carbon emissions while there was still time to prevent a major cataclysm. In our third installment in a three-part feature on the impending problem, “Saving The Planet,” we addressed the technologies—outlandish and otherwise—that could fight greenhouse gas effects:

Of course, it was clear even then that these proposals all faced serious obstacles, but we pointed them out—serious ideas by serious scientists—to illustrate the emergency at hand. In the time since, some progress has been made in curbing emissions, but not as much as we hoped—or enough to avert a significant shift in the global climate. Climate change is now understood to be unavoidable. Critical current research focuses on mitigating and adapting to the effects.

One threat does seem to have passed: imminent nuclear war with a communist empire. The B-2 Stealth Bomber program had passed from secrecy into public view, and we covered its capabilities and controversy.

The flat, flying-wing attacker, with its 172-foot wingspan and radar-penetrating capabilities is famous today, but in 1989 its look was radically new. For almost a decade, everything we knew about the project had come from “a few official announcements, a handful of leaks, and a rigorous application of the laws of aerodynamics and electronics.” That all changed in July 1989 when the bomber made its public debut. “We have seen an actual airplane sitting in the sun, taxiing, and flying,” our reporter wrote. The craft could carry multiple nuclear or conventional weapons deep into Soviet airspace without detection, and could have, in the event of nuclear war, attacked moving or buried targets too hard for intercontinental ballistic missiles to target.

It wasn’t all good news for stealth backers. The program costs, agreed in secrecy in 1981, had ballooned from $36.6 billion to $70.2 billion for 132 planes—$134.5 billion in 2014 dollars. That’s enough to buy every NFL, MLB, NBA, and NHL team in North America with a couple tens of billions left over. The collapse of the Soviet Union in 1991 drastically reduced the demand for the program. In the end, 21 of the aircraft were built, and 20 are now in service. (One, the Spirit of Kansas, crashed in 2008.)

You can read the complete September 1989 issue here.