Previous measurements of lithium isotopes in the galaxy may not have been entirely accurate. Woops! 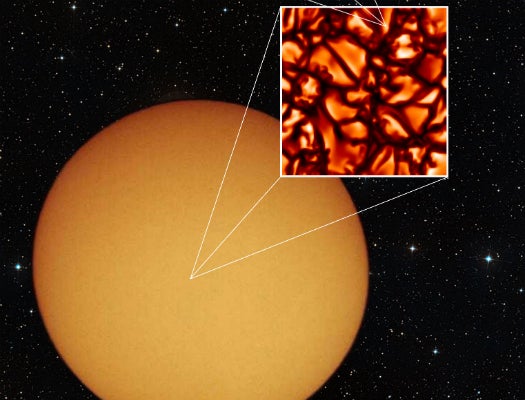 A team of scientists working at the Keck Observatory in Hawaii has solved one of the vital inconsistencies in the Big Bang theory, reconciling observed data with our current theoretical models of how the birth of the universe went down 13.8 billion years ago. The discovery was published in the June 6 edition of Astronomy and Astrophysics.

Though widely accept in the scientific community, the Big Bang theory still has some kinks. One of the greatest discrepancies between the model and our actual observations of the universe involves the presence of lithium isotopes.

Light elements like helium, deuterium and lithium formed in the first hot moments of the universe’s existence, according to a theory called Big Bang nucleosynthesis, but from what we could tell, the actual levels of lithium in the in the universe were much different than the model would suggest. From looking at the oldest stars in our galaxy, it seemed that there was about 200 times more of the isotope Lithium-6 than Big Bang nucleosynthesis accounted for, and up to five times less of Lithium-7.

But according to Karin Lind of the University of Cambridge, that data was somewhat inaccurate. Li-6 is a difficult isotope to detect, as it has a fairly weak signature. A 2004 upgrade to a spectograph at the Keck Observatory, which houses two of the largest telescopes in the world, allowed Lind and her team to see it in finer detail than had been possible previously. They discovered that the lower quality observation, along with some simplifications in analysis, led to a false reading of lithium levels in earlier data.

“Using more sophisticated physics and powerful super-computers, we managed to remove the systematic biases that plague traditional modeling and have previously led to false identifications of the 6Li/7Li isotopic signature,” Lind says in a statement. The team’s observations of lithium levels were more in line with the Big Bang theory’s predictions.

“Our findings remove much of the stark tension between 6Li and 7Li abundances in stars and standard BBN, even opening up the door for a full reconciliation,” Lind explains.