But you'd never know, because everyone is getting more massive at the same time. 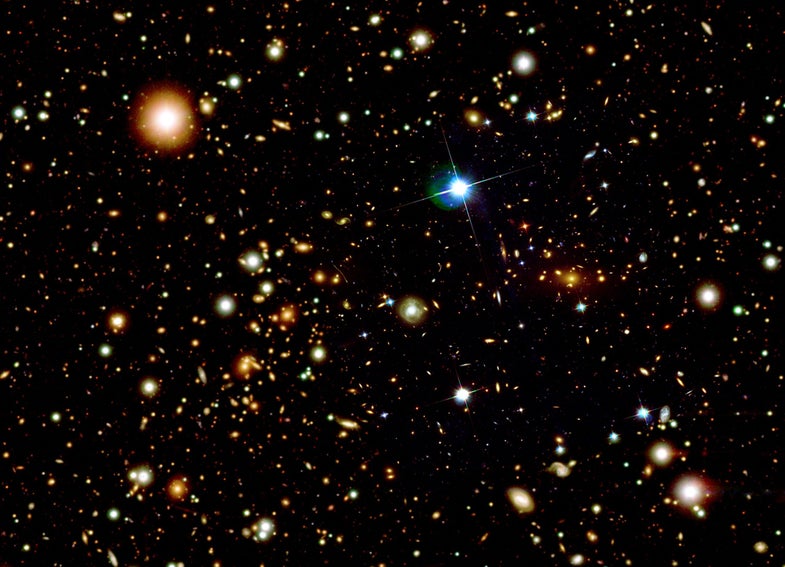 Whoa. One cosmologist is proposing that the universe isn’t actually expanding, as the standard theory goes. Instead, the redshift effects astronomers see could mean that everything is just gaining more mass, while possibly staying in place, or even contracting.

The theory, which comes from a University of Heidelberg physicist named Christof Wetterich, hasn’t yet been peer reviewed, Nature News reports. Interestingly, Nature News also reports that the idea isn’t testable because masses are measured relative to one another, so even if the universe were gaining mass, we’d never know, because they’d all still be the same relative to one another.

Nevertheless, Wetterich told Nature News that the advantages of his idea include: 1) another way of looking at the universe, which could be helpful, and 2) a theory of the universe that helps explain some troublesome predictions from the standard expansion idea.

A mass-gaining universe could create a phenomenon that astronomers see every day: the redshift the light coming from distant galaxies, Nature News explains. Currently, astronomers interpret that redshift as a sign that the universe is expanding.

Nature News also covers other physicists’ reactions to Wetterich’s idea. Some say it’s worth considering, and worth shaking up cosmologists’ views. Others aren’t as convinced.