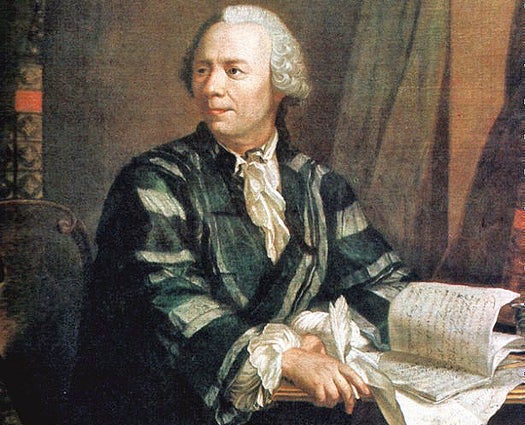 Today, while poking around Google, you might’ve noticed the lovely doodle honoring Swiss mathematician Leonhard Euler. He deserves that doodle! Euler was one of the greatest mathematicians of all time, and possibly the most prolific.

Publishing almost 900 papers and books (!) while also going blind (!!) Euler made major contributions to mathematics, physics, and plenty of other scientific fields. The Google doodle references a few: that movable wheel in the center represents his rotation theorem.

But even if you were to discount all of his scientific contributions (don’t, please; there are so, so many), you’d still probably be interested by the marginalia that’s attributed to him. His work laid the foundation for Venn diagrams, and he might’ve indirectly fathered sudoku by inventing the un-repeating rows and columns of a Latin Square.

It would take a longer article than this to go into all of Euler’s accomplishments. He seemed to be living his life in fast-forward: he received his master’s at 16 and by 19 published his first paper. Even after his death in 1783 (he was 76), Euler left enough work that his papers continued to be published for another 30 years.