Mouse Cloned From A Mere Drop Of Blood

Scientists in Japan have been able, for the first time, to successfully clone a mouse from a blood sample drawn from a living donor's tail. 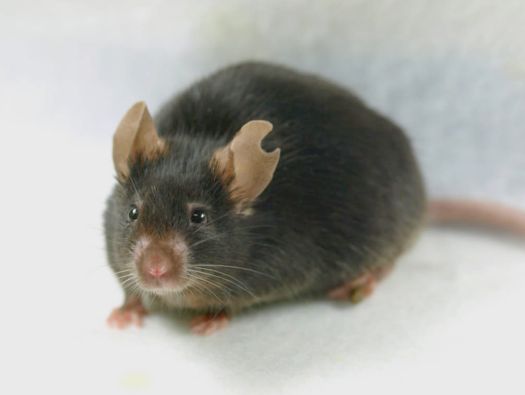 This mouse was successfully cloned from a mere drop of blood, and lived, fertile, to 23 months. Biology of Reproduction
SHARE

Scientists at the Riken BioResource Center in Japan have managed to clone a mouse from a minuscule, peripheral blood sample for the first time. The method leaves donor animals virtually unharmed, and allows a single donor to be a clone source more than once. It also shows promise for the cloning of farm animals.

A common method used for animal cloning is somatic cell nuclear transfer (SCNT), which does not require egg fertilization. SCNT extracts the nucleus of an animal’s cell (where nearly all of the necessary genetic information is stored) and also that of an egg cell. The donor nucleus is then inserted into the egg cell, which virtually adopts the new nucleus. Next, the egg is stimulated with a shock, at which point the cell starts to divide. After continued divisions, embryonic stem cells form, which can then be extracted and then injected into an embryo.

Normally, however, SCNT cloning is highly invasive and requires at least one donor to be euthanized. Sample sources that have shown success are generally taken from central locations, such as lymph nodes or bone marrow.

In this experiment, however, the scientists merely drew 10–15 μl of blood from a mouse’s tail and collected white blood cells from that sample. The nuclei were then extracted from the white blood cells, and scientists continued with the SCNT process. Though birth rates were very low (~2%), one fertile mouse was successfully cloned and lived to about 23 months, a typical lifespan for a laboratory mouse. 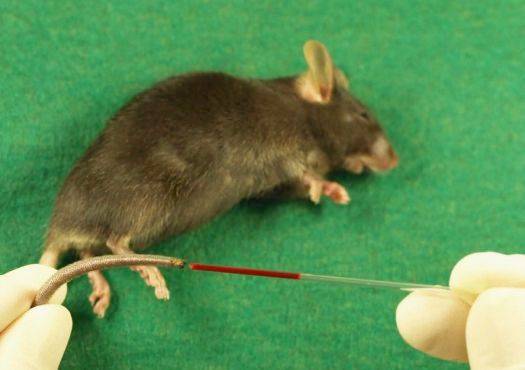 Though it looks morbid, this is the least invasive cloning method to date. The donor, here evidently snoozing, was virtually unharmed.

This method could allow for the cloning of endangered or cherished animals (such as a cow that produces a large amount of milk, or “invaluable strains of mice” as the report states) since the donor need not be euthanized.

See their full report here. Now, let’s get our attention back to bringing woolly mammoths back from extinction…