FYI: If I Fell Through Earth, What Would Happen In The Center?

Just getting to the center of the Earth and surviving is impossible. The Earth’s core is about 9,000°F—as hot as... 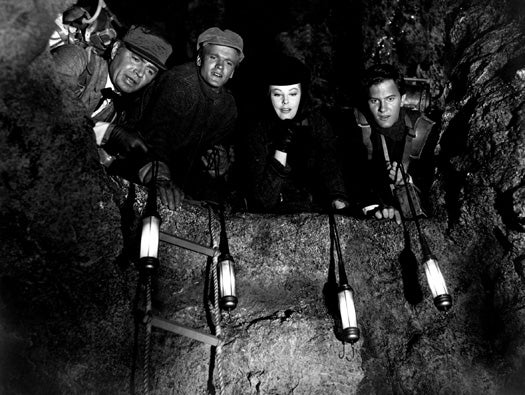 Just getting to the center of the Earth and surviving is impossible. The Earth’s core is about 9,000°F—as hot as the sun’s surface—and would instantly roast anyone who found himself there. Then there’s the pressure, which can reach roughly three million times that on the Earth’s surface and would crush you. But let’s not sweat the details. Once you arrive in the center of the Earth, the physics gets really interesting.

Understanding gravity, the force of attraction between objects, is going to be key to wrapping your head around what is about to be a bizarre situation. The strength of gravitational attraction is determined by an object’s mass and how close it is to another (more mass and closer together means increased force). The only gravity strong enough for us to feel comes from the Earth’s mass, which is why we feel a downward pull on the surface.

At the center of the Earth, the situation is different. Because Earth is nearly spherical, the gravitational forces from all the surrounding mass counteract one another. In the center, “you have equal pulls from all directions,” says Geza Gyuk, the director of astronomy at the Adler Planetarium in Chicago. “You’d be weightless,” free-floating.

But what would happen if you tried to get out of the center by, say, climbing up a very long ladder that ends in Los Angeles? (For clarity’s sake, let’s assume that the Earth is uniformly dense. It isn’t, but the general trend described here still holds.) At the center, the gravity from the mass beneath your feet all the way to the other side of the Earth, the Indian Ocean, will be “pulling” you down, even as the mass above your head is “pulling” you up, toward L.A. After climbing a few rungs, the total pull you feel down to the Indian Ocean will still be nearly zero. You will still feel almost weightless. But as you climb, there will be less and less mass above, and more and more below. The pull toward the core will feel greater and greater, and you will feel less and less weightless, until you are standing on the Earth’s surface, staring at the Hollywood sign, feeling heavy again.

This article originally appeared in the March 2011 issue of Popular Science_ magazine._

Ask Us Anything
Physics