Why Are Pearls Round?

How can an oyster rotate pearls so perfectly when it's basically just a giant booger? 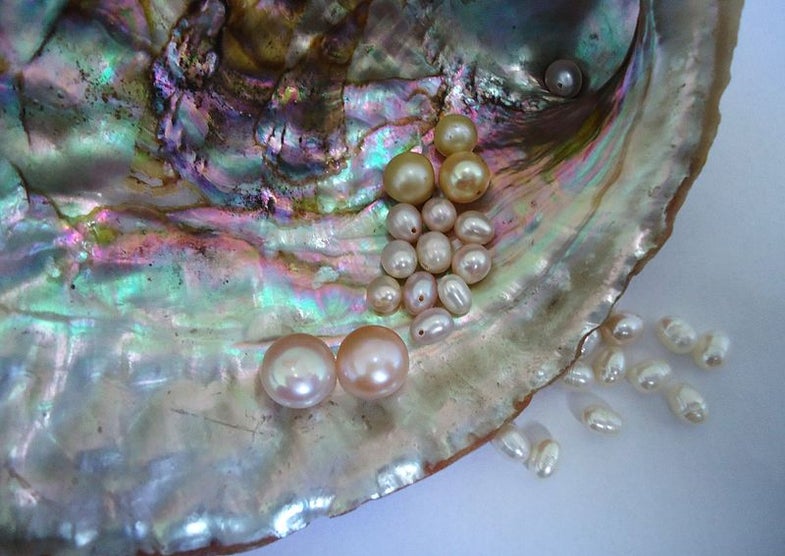 Not all pearls are round, but many are, and these are the most prized. But given that the creation of a pearl happens within the locked-tight shell of a living creature, we don’t really know exactly how they’re made. Why are some pearls round and others ovoid or teardrop-shaped? A new study claims it has an answer.

The central mystery is that many, even most, pearls have rotational symmetry, meaning it looks the same if you rotate it along a certain axis. Items with rotational symmetry are typically made by rotation themselves–imagine taking a block of wood and rotating it quickly against a sharp lathe, carving it down into a round object with perfect rotational symmetry. But an oyster doesn’t have the muscle control to rotate a developing pearl. So how is it possible that pearls are so round? Researchers in Spain just published a paper suggesting a possible solution to the problem. 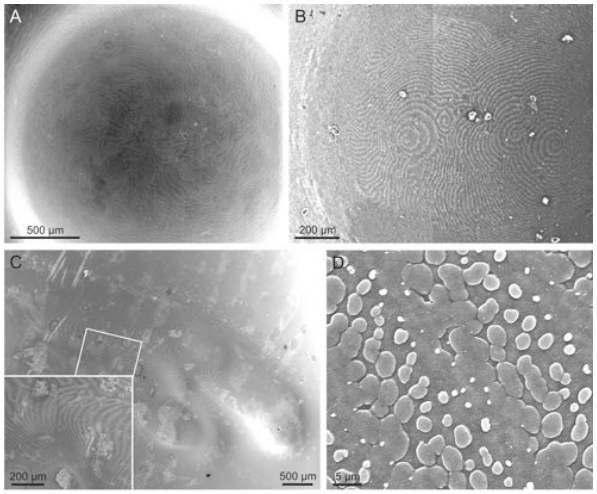 The Terraces of Pearls

From the paper: “Microscopic patterns of nacre growth: the arrangement of the growth fronts on pearls. Scanning electron micrographs of the surface of Pteria sterna pearls: A, B polar regions showing, A, a single central spiral and, B, several spirals. In both A and B there can be seen the interface between the polar and midlatitude regions with a transition to growth fronts that follow lines of longitude in ratchet fashion. C Pearl defect and its ‘wake’ showing growth fronts towards the lee. D Close-up view of growth fronts showing individual tablets.”

Pearls are formed when a small irritant, like a grain of sand, somehow makes its way into the interior of an oyster shell. Annoyed by this foreign object, the oyster begins coating it in a material it produces called nacre (pronounced NAY-ker). Nacre is mostly aragonite, a carbonate crystal, bonded with weaker materials like proteins and chitin. The oyster slowly coats the foreign irritant in layers upon layers of nacre, eventually forming a pearl.

The researchers’ solution is a complex series of tiny movements. First of all, when you look at a pearl way up close under a microscope, you find that it’s not smooth at all; it’s covered in tiny sawtooth-like steppes or terraces. The act of sticking the protein or chitin to the layers of aragonite, creating these terraces, imparts a tiny amount of energy. Water molecules around the pearl are warmed up, pushing off the little terraces and causing a tiny little bit of rotation in one direction. If the oyster was simply laying down entire coatings of nacre at once, this would have no effect, but the oyster instead does it in parallel lines, all in one direction, so the oyster very slowly and naturally turns, like a ratchet. Amazing!