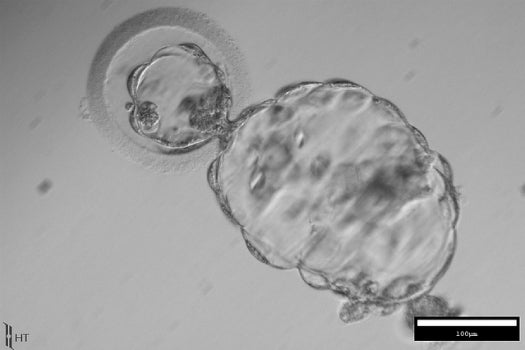 A week ago, scientists from Oregon Health and Science University and the Oregon National Primate Research Center announced that they had successfully used human skin cells to clone embryonic stem cells. In the few days since the researchers’ work came online, though, the research has been found to contain a few key errors.

An anonymous online commenter on PubPeer, a post-publication peer review discussion site, highlighted four potential issues regarding image reuse in the paper, published online in the journal Cell on May 15. (Unlike in most corners of the Internet, commenting anonymously isn’t a mark of trolling on PubPeer, which aims to maintain “the rigor and anonymity of the closed review process currently used by the major journals.”)

Lead author Shoukhrat Mitalipov, an senior scientist at the Oregon National Primate Research Center, told Nature that after reviewing the data with one of the other authors, he realized three honest mistakes had made it through the uber-quick publication process.

The paper was accepted by Cell three days after submission and published only 12 days after that. By contrast, Mitalipov’s previous work on monkey embryonic stem cells went through a six month publication process with independent data verification. Mitalipov maintains that the current research is still valid. “The results are real, the cell lines are real, everything is real,” he told Nature. 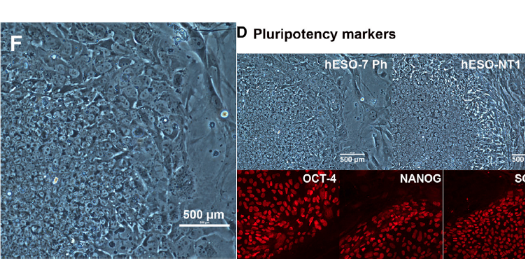 The image on the left, Figure 2F, is labelled as a cloned stem cell with typical morphology, but appears in Figure 6D, where it is labelled “hESO-7,” a cell derived from in vitro fertilization. Mitalipov says the left and right image labels in Figure 6D were reversed, and the left should read “hESO-NT1,” a cloned colony.

Two sets of image reuse pops up in the paper, with the same images labelled as cloned stem cells referred to as cells created by in vitro fertilization elsewhere. Mitalipov says the images were in fact intentionally duplicated, but their labels were accidentally reversed. He also said that the wrong data was used in one of the scatterplots. In regards to the last critique of the paper–that scatterplots in the supplementary data show an exceedingly high degree of overlap in gene activity patterns of cloned stem cells cultured in different plates–Mitalipov is standing by his data.

Thrilling announcements of human cloning have a history of going awry in the aftermath of publication. In 2004 and 2005, Seoul National University’s Woo Suk Hwang‘s lauded successes in human cloning were retracted after it was discovered his two papers were based on fabricated data.

Cell tweeted yesterday that they are reviewing the allegations, and Mitalipov says he plans to issue an erratum to the paper.

[UPDATED: Cells from Mitalipov’s research have already been sent to other scientists for continued study, according to an emailed statement from OHSU. They expect those scientists will be able to independently verify their validity as cloned cells in the course of their research.]