In fact, patients injected with the vaccine actually developed HIV more often than those who were given a placebo. Eep. 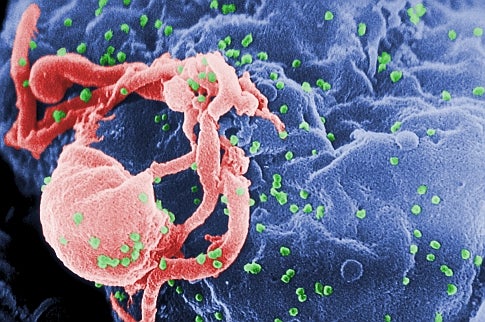 The largest current study of a potential AIDS vaccine, a $77 million project led by a Columbia University doctor, has been shut down due to “futility.” The patients will be monitored to see any long-term effects, but the message is clear: it doesn’t work, shut it down.

The study, called HVTN-505, was begun in 2009, over the years enrolling over 2,500 volunteers. The vaccination process doesn’t actually involve any live or even deactivated HIV; instead, it starts with one that includes genetic material that’s simply modeled after the virus, to prime the immune system. Then comes the real vaccine, involving recombinant DNA (meaning, DNA from various sources) based on adenovirus type 5, a common cold virus that in this case has been disabled so it doesn’t actually cause a cold. Attached to those adenoviruses are artificial versions of HIV antigens. Antigens–the term is short for antibody generator–trigger an immune response, and these artificial antigens were designed to attack the three major HIV subtypes.

This technique had shown some mild success before; in a study in Thailand in 2009, it showed a 31 percent reduction in the HIV infection rate, which sounds good to me, but is apparently not enough to really do more than encourage further research. Unfortunately, that was as much success as this strategy ever saw. (It’s worth noting that though the Thai study was very similar to HVTN-505, the two studies used different primers and boosters.)

Distressingly, the study actually showed that those who received the vaccine actually contracted HIV more often than those who received the placebo. Not many more; in fact, it was a statistically insignificant different. That, coupled with the fact that people who were infected despite having the vaccine showed no decrease in the viral load at all, led the National Institute of Health to pull the plug on the study this week.

It sounds ridiculous, but learning what doesn’t work is almost as valuable as learning what does, and the researchers who took part in the study, while clearly tremendously disappointed, aren’t defeated. According to NPR, which covered the story here, this is hardly the end of the search for a vaccine.