This foot-and-mouth virus has a stable exterior, but no genetic material in its interior. 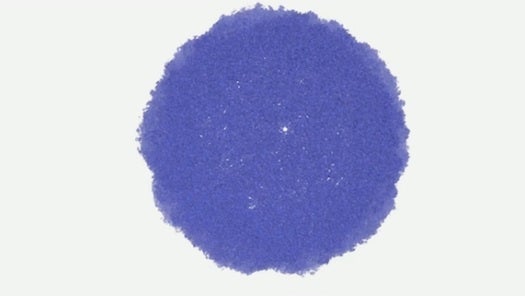 Call it hollow-hearted. Researchers have built a mimic of the outer capsule of the foot-and-mouth disease virus. Inside, where the virus’ genetic material normally lives, is empty.

Such synthetic virus-like particles could go into a foot-and-mouth vaccine that’s cheaper to make because it doesn’t require the tight biosecurity that a factory that makes vaccines from live viruses needs, its creators say. The researchers have also built the virus mimic in such a way that it can stay out of a refrigerator for longer than current foot-and-mouth vaccines, so it could ship more easily around the world.

In the future, the same techniques could apply to vaccines to the polio virus, which belongs to a large group of viruses related to hoof-and-mouth, Andrew Macadam, a polio researcher at the U.K. National Institute for Biological Standards and Control, told the BBC. Polio vaccines are now made with either weakened or killed polio viruses. (The weakened type still carries a small risk of reverting to its original form and causing paralysis. That vaccine is no longer used in the U.S., but some other countries give it out because it doesn’t require a highly trained medical professional to administer.)

The hollow virus works because its outside stimulates the immune system to create antibodies against it. Because it doesn’t have any genetic material inside, however, it can’t revert to an active form and replicate. The instructions for the virus’ spread never exist, not even in the factory.

There’s still plenty of testing to do before the newly created virus shell can be used as a vaccine, however. The empty virus’ creators, a team of researchers from the U.K., have tested the synthetic virus in just eight cattle. Five of the cattle showed resistance to foot-and-mouth infection after getting immunized.

The U.K. might have particular interest in driving this research forward. Foot-and-mouth disease infects cows, pigs and sheep, giving the animals fevers and blisters and reducing the amount of milk they give. Their meat and milk are still technically safe to consume and the disease doesn’t affect humans, but it can still hit farmers hard. In 2001, a foot-and-mouth outbreak in the U.K. cost farmers 8 billion British pounds (about $12 billion). North American has been free of foot-and-mouth disease for decades, but it’s still rampant around the globe.

Read more about the synthetic foot-and-mouth capsule at PLOS Pathogens.