This is the first study to compare smoking marijuana and pills that contain the psychoactive chemical in the plant. 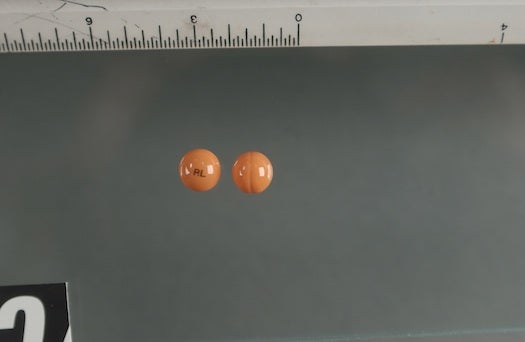 This is the first study to compare smoked marijuana with pills containing dronabinol (AKA delta-9 tetrahydrocannabinol AKA THC), the study scientists, a team of three psychiatrists from Columbia University in New York, wrote in a paper published today. And while anecdotal evidence—and several small studies—have shown that marijuana works for pain, dronabinol pills aren’t yet U.S. Food and Drug Administration-approved for pain. Instead, their labels say they’re for nausea, vomiting, low appetite and weight loss from chemotherapy and HIV/AIDS.

Comparing pills and pot contributes to a debate within the debate about marijuana for medicine: Do pills made of isolated, marijuana-derived chemicals work as well as smoking the whole plant? Whole-plant proponents say that marijuana has several chemicals that work together to produce the effects patients want. Smoked marijuana may also work faster than pills and allow patients to titrate exactly how much effect they get, by stopping smoking when they’ve had enough. Meanwhile, other researchers say pills could provide pain relief without lung irritation. In the political climate around medical marijuana research, pills are also much more likely to receive research funding and approval.

The Columbia study looked at 30 healthy volunteers, 15 men and 15 women, who are regular pot smokers. The researchers tried to look for people with about equal tolerance to pot. Over two to four weeks, the researchers asked the volunteers to come into the New York Psychiatric Institute and take pills and smoke marijuana cigarettes of varying strengths, including placebo pills with no dronabinol in them at all.

Low-dose marijuana cigarettes and dronabinol both decreased pain sensitivity compared to placebo, the researchers found. How quickly people started feeling pain and how long they could tolerate pain didn’t differ between the two treatments. But 20-milligram dronabinol pills produced an effect that peaked later and lasted longer than smoked pot. Both treatments caused an increase in heart rate.

The study is a helpful start to proving both marijuana’s and dronabinol’s effectiveness against pain, but it has a couple drawbacks. It looked at daily marijuana smokers, who may not react to pot and dronabinol pills the same way that non-pot smokers would. The researchers said they expected the pain relief to work better in non-pot smokers, but for more unpleasant side effects to show up, too.

The results also may not necessarily translate to other kinds of pain. In other studies, different kinds of pain have reacted differently to dronabinol and marijuana. Several studies have shown both work for pain from nerve damage called neuropathy. Other studies found that five-milligram dronabinol pills didn’t help people with either pain after surgery nor pain from heat, and that 20-milligram pills were ineffective for pain from inflammation and for a condition called hyperalgesia, in which people are hyper-sensitive to pain.

Generally people want marijuana or dronabinol for chronic pain, not the immediate, acute pain of freezing your hand. The researchers wrote that they used the cold water test because it helps them keep the level of pain constant. Chronic pain sufferers may have different pain levels from one day to the next, making their pain more difficult to study. But a clinical trial to get FDA approval would need to look not at healthy people, but at those who actually need pain medicine.

The Columbia researchers published their work in the journal Neuropsychopharmacology.