TV Footage Shows Some Of The First Polio Shots Given In The U.S.

A recently digitized TV news archive highlights the big points of the 1950s and 1960s: Civil Rights and the polio vaccine. 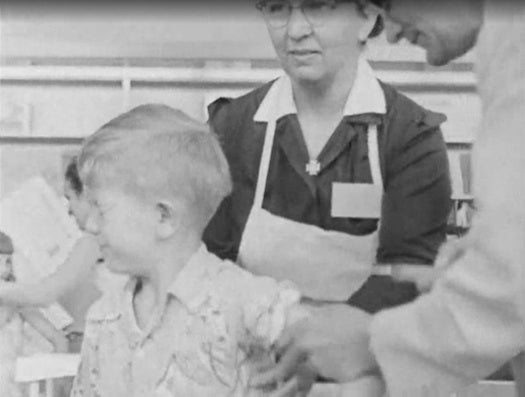 In 1955, days after officials introduced the “new, wonder vaccine” against polio to Roanoke, Virginia, local news station WSLS-TV asked some parents in the street about it. Of the four adults they interviewed, three said they planned to get their children vaccinated. “I do think it’s a worthwhile project and I hope it’s going to be a success,” one woman said.

Another woman, however, seemed a bit more skeptical—a sentiment that some modern parents might recognize. “I think I shall wait until I see some of the results from the other children,” she said.

That old footage is now available online, thanks to a new project by the University of Virginia Library. In 2010, the National Endowment for the Humanities gave the library a little more than a quarter of a million dollars to preserve and make digital copies of WSLS-TV broadcasts dating from 1951 to 1971, along with printed anchors’ scripts. The library released the archive this week.

You can keyword search the archive, but the library has highlighted some of the coolest stuff. There are reports on the desegregation of local schools and the Civil Rights movement. And there’s a page dedicated to the introduction of the polio vaccine to Roanoke, which served as a distribution center for the shot for most southwestern Virginia counties. The development of a successful polio vaccine was big news throughout the U.S. 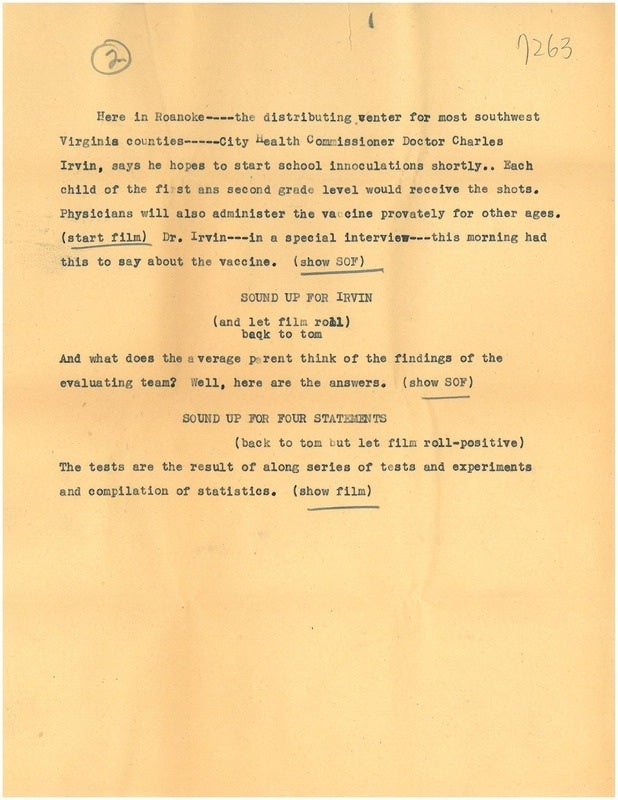 Interestingly, the archive shows that at the beginning, scientists didn’t know everything about the vaccine they were giving out. A decade after the first Roanokans received shots, a 1965 WSLS-TV broadcast carried the city health commissioner’s call for locals to begin or finish their immunization program. Re-immunization was important, he said, “because the length of time a person is protected by either [the Salk or Sabin forms of the vaccine], is still a matter of conjecture.” The U.S. Centers for Disease Control and Prevention now recommend three or four shots for lifetime protection against polio.