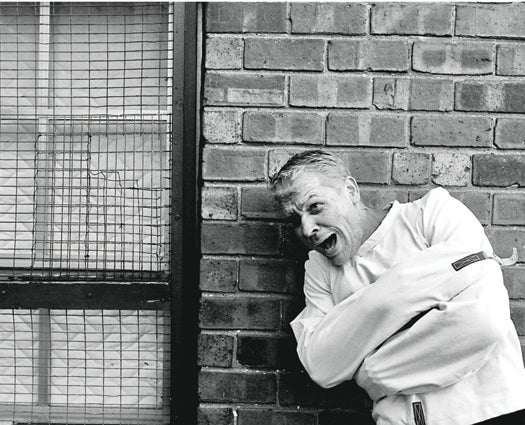 The modern lobotomy originated in the 1930s, when doctors realized that by severing fiber tracts connected to the frontal lobe, they could help patients overcome certain psychiatric problems, such as intractable depression and anxiety. Over the next two decades, the procedure would become simple and popular, completed by poking a sharpened tool above the eyeball. According to one study, about two thirds of patients showed improvement after surgery.

Unfortunately, not all lobotomy practition-ers were responsible, and the technique left some patients with severe side effects, including seizures, lethargy, changes in personality, and incontinence. In response, doctors refined their techniques. They replaced the lobotomy with more specialized approaches: the cingulotomy, the anterior capsulotomy, and the subcaudate tractotomy. Studies of these procedures found evidence of benefit for at least one fourth of patients suffering from problems such as OCD and depression.

Even with the risk of side effects, those in the field still say the procedures were by and large successful. “I feel that the principle behind ablative surgery was somewhat exonerated by the research findings, which showed that it worked for very specific indications,” says Konstantin Slavin, president of the American Society for Stereotactic and Functional Neurosurgery, and professor at the Uni­versity of Illinois at Chicago.

By the 1980s, lobotomies had fallen out of fashion. “In general, the entire functional neurosurgery field moved away from destruction—from ablative surgery,” Slavin says. A then-new technique called deep-brain stimulation made ablative surgery obsolete. In the procedure, a surgeon drills holes in the head and inserts electrodes into the neural tissue. When current passes through the leads, they activate or inactivate patches of the brain. “The attractive part is that we don’t destroy the tissue,” Slavin says. Doctors can also adjust treatment if a patient suffers side effects. They can turn the current down or suspend it altogether—so as to “give the brain a holiday,” as Slavin calls it.

Most deep-brain stimulation is now used to treat movement disorders such as Parkinson’s Disease. The surgical treatment of patients with OCD is FDA-approved but reserved only for extreme cases. Slavin and his colleagues have been examining broader uses in an ongoing study. “Within the next five years, we hope we’ll have a definitive answer of whether or not it works.”