A deadly outbreak of cholera followed the 7.0 earthquake that struck Haiti three years ago this week. Jonathan Katz, the only American fulltime staff reporter stationed in Haiti at the time, explains what caused the outbreak--and why it was anything but inevitable. 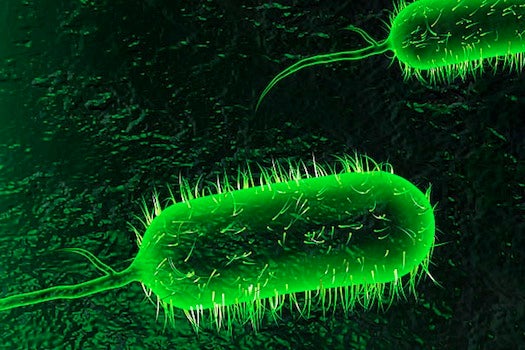 Few post-disaster myths have a stronger hold on our imaginations than the specter of a follow-on epidemic. Some imagine a killer virus will spread through the sudden glut of dead bodies. Others merely go by the notion that when it rains–or shakes, or erupts, or burns–it pours. But we can all take a deep, healthy breath: It’s not true. There don’t tend to be spontaneous epidemics in the wake of natural disasters. As a World Health Organization team explained in a 2007 study published in the journal Emerging Infectious Diseases: “The risk for outbreaks after natural disasters is low.”

But myths have their price. And nowhere has the price of this particular myth been higher than in Haiti.

You know about the Haiti earthquake of 2010, which observes its third anniversary this week. Though a mere 7.0 on the magnitude-moment scale, the location of the quake and the country’s underlying poverty made it the deadliest single natural disaster ever recorded in the Western Hemisphere.

Billions of dollars were pledged for relief and reconstruction, and thousands of organizations rushed in to save lives. One of the responders’ primary stated goals was to prevent the outbreak of disease, especially amid the poor sanitary conditions of sprawling postquake homeless camps. No less a luminary than Bill Clinton, the UN Special Envoy for Haiti, warned in early 2010 that diarrheal disease sparked by squalid conditions could prove a “second round of death.”

In fact, there was a second catastrophic round of death in Haiti that year: an epidemic, no less. But that epidemic–a virulent outbreak of El Tor cholera–had nothing to do with the earthquake at all.

Cholera was almost definitely introduced into Haiti by UN peacekeepers.Rather, cholera was almost definitely introduced into Haiti by UN peacekeepers in October 2010. The evidence is overwhelming: The soldiers were stationed well outside the quake zone, during a troop rotation at a riverside base established six years before amid political strife. Molecular analysis has shown that the deadly strain of Vibrio cholerae that appeared in Haiti was identical to that circulating in Nepal, where the soldiers in question came from. Those soldiers were not screened for cholera before leaving Kathmandu. They moved into a base in Haiti that had frightfully inadequate sanitation that allowed fecal matter to enter the waterway. The disease broke out shortly after their arrival, and was confirmed to be spreading first along the adjacent river system before infecting the rest of the country.

Most crucially of all, the strain spreading unchecked through Haiti’s vulnerable population had never been seen in the country before. In fact, there had never been a confirmed case of cholera in Haiti before that outbreak, ever.

That’s where the epidemic myth came in. Already expecting outbreak of disease after the earthquake, particularly in a place regarded as backwards and dirty, most journalists and responders shrugged off cholera as a natural product of the disaster. “It’s what all of us worried about when we arrived in Haiti just hours after the quake,” Brian Williams said as the outbreak was reported on NBC Nightly News. “Beyond the death toll, the inevitable spread of disease.” That the supposedly “causal” earthquake had taken place a full 10 months before, this notion went largely unquestioned for months. The attitude made epidemiologists and aid workers less likely to seek out the source of what was in fact a particular infection not only new to Haiti, but the entire hemisphere. And it has since continued to provide cover for the United Nations as advocates press for reparations, and public health experts try to reform the peacekeeping system to prevent such a catastrophic error from happening again.

Jonathan M. Katz is the author of The Big Truck That Went By: How the World Came to Save Haiti and Left Behind a Disaster (Palgrave Macmillan, January 2013). Follow him on Twitter.