FYI: Why Do We Get Goosebumps and Chills When We’re Scared?

For the same reason cats fluff up when they’re threatened. “The general principle is, if you are going to be... 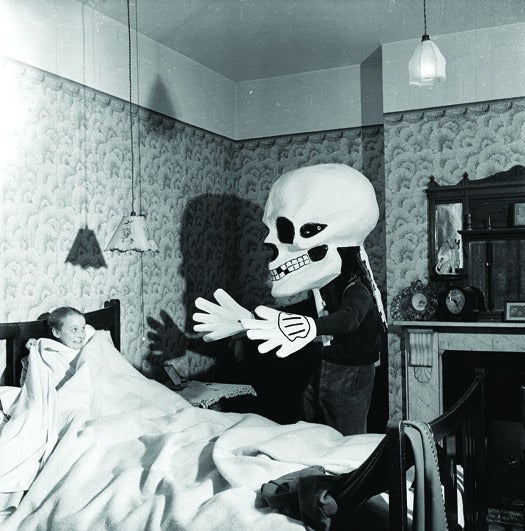 For the same reason cats fluff up when they’re threatened. “The general principle is, if you are going to be attacked, try to look as big as you can,” says David Huron, a musicologist at Ohio State University. People don’t have as much hair as cats, but goose bumps are a holdover from when we were furrier.

Hair-raising itself began as a response to cold. When hair stands on end, it traps an insulating layer of air around the body. But at some point millions of years ago, one of our chilly, puffed-up ancestors scared away a would-be attacker, and hair-raising was slowly established as a useful defense mechanism. The heritage of this physiological response explains why fear is associated with cold. Puffing up was a matter of temperature first and fear second—but you can still get shivers down your spine when you’re scared, Huron says.

The upending of our expectations can give us chills, too, Huron says. And shivers can crop up when we feel any sort of surprise or intense emotion, even in music: a change in volume or the moment a singer begins singing. People usually get the chills at tonally “sad” passages, says Jaak Panksepp, a neuroscientist at Washington State University. He also hypothesizes that certain tones in music mimic a “human separation cry,” and that shivers result from the perception of losing a loved one. The same moment in the same song can give someone chills over and over again—the response resists habituation, Huron says. “The brain can tolerate thousands of false alarms in order to protect us from the one occasion when the alarm is real,” he says.

Which is why when we know we are safe—at a scary movie, for example—those false alarms can be a source of pleasure. “One part of your brain is saying, ‘Oh my god, I’m gonna die!’ ” Huron says. “But the conscious part is saying that everything is OK. Which makes shivers feel good.”