FYI: What Do Forensic Chemists Do, And Why Would They Cheat?

A forensic chemist at a Massachusetts crime lab was arrested for tampering with drug evidence recently. A bad egg or the product of perverse incentives? 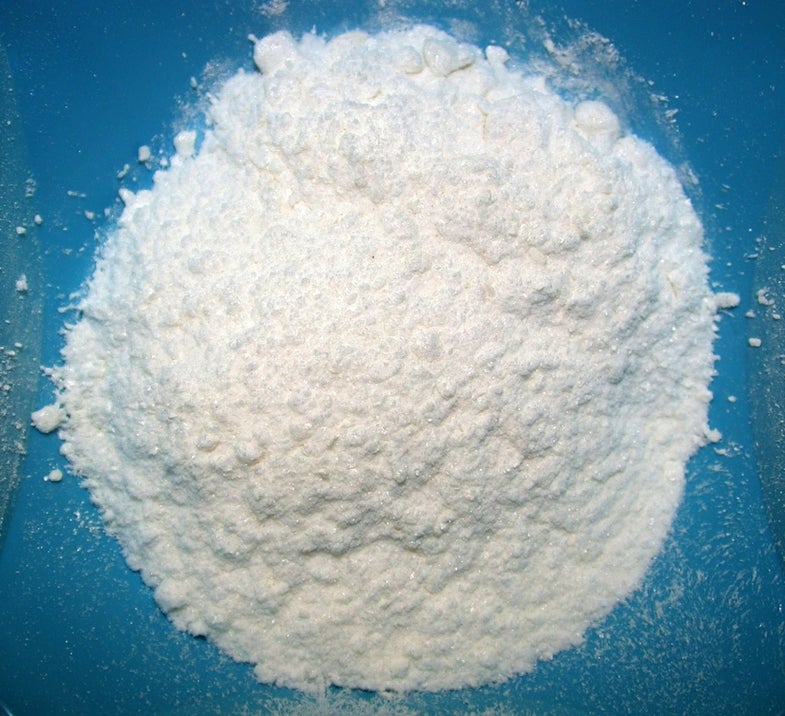 Earlier this fall, a forensic chemist at the Massachusetts-based crime lab William A. Hinton State Laboratory was charged with obstruction of justice. Annie Dookhan allegedly mixed drug samples, neglected to test them properly and forged colleagues’ signatures throughout her nine-year career to drive up her productivity. She might not have even received the master’s degree she claimed to have (University of Massachusetts officials are denying her credentials). Now a grand jury is investigating the case and is expected to return indictments against the disgraced chemist some time after today. The story is like something straight out of “Law & Order.”

Which got us wondering: What exactly do forensic chemists do? And why might some feel compelled to cheat?

In crime television shows, investigators brush evidence into tiny baggies in leaky warehouses, then send the samples off to the crime lab. Minutes later, the results magically materialize, the bad guy gets convicted, and everyone else lives happily ever after.

But as Dookhan’s case suggests, the reality is much less tidy and offers a dark portrait of the perverse incentives of a key aspect of the criminal justice system.

Forensic chemists are, first and foremost, scientists. These technicians usually have degrees in biology, chemistry, biochemistry or forensic science, and are trained in the sanctity of the scientific method. They specialize in either drug analysis, toxicology or arson and explosives. Adam Hall, an instructor at Boston University’s School of Medicine, says drug analysts examine the five Ps: pills, plants, paraphernalia, powders and precursors (substances obtained from chemicals that are synthesized into new drugs.)

Hall says crime labs find that the three most commonly abused drugs are marijuana, cocaine and heroin. Marijuana, in particular, is easily identifiable. But even in the face of glaringly obvious evidence, lawyers don’t simply present the sample as is. Each sample must be weighed, tested and confirmed as the drug in question. Dookhan was accused of “dry-labbing,” looking at samples and slapping on labels without testing, which Hall says isn’t considered an appropriate practice in crime labs.

“An untrained analyst would say that a white powder must be cocaine in drug analysis, but it could be almost anything,” Hall says. “You certainly could group like items together but they would still require analysis to be able to determine what each of those items are.”

Why does that matter? Because in a court of law, some drug convictions result in harsher sentences than others. A forensic chemist’s tests could mean the difference between a misdemeanor and a felony; whether the case is tried on the state or federal level; and even whether the DEA gets involved.

You have to be there for 15 years before you get a bag of cocaine from Paris Hilton.

That helps explain the severity of Dookhan’s alleged malfeasance, resulting in an estimated 60,000 tainted drug samples. Why would someone risk it? Dr. James Woodford has worked in crime labs all over the country since 1975, noting how for many technicians, the job is heavily bound by politics, hierarchy, money, and plain old boredom.

There are three tiers of forensic chemists. Woodford says that forensic chemists in the lowest tier have the tedious job of filling out thick stacks of drug-analysis documents for minor cases simply to please the prosecution. “The technician hands them all in and what happens–nothing,” Woodford says. “Most of the cases get worked out or dropped.”

Woodford adds that crime labs have a high turnover rate for low-level technicians because the job doesn’t pay well and isn’t nearly exciting as the crime shows would have you believe. The incentive is to either quit or work your way up through the tiers as quickly as you can. The high-profile, glamorous cases are usually saved for the top-tier technicians. “You have to be there for 15 years before you get a bag of cocaine from Paris Hilton,” Woodford says.

Therein lies one possible motivation to cheat: Flying through your casework offers a fast track to the top-tier work–to big cases that aren’t likely to be dropped. Dookhan admitting she forged colleagues’ signatures because, as the Boston Globe reported, she “wanted to get the work done,” which is a daily struggle for lower tier technicians.

“Out of the hundreds of drug tests you do in a week almost all of them go away–you feel like you’ve done nothing,” Woodford says. “It’s just exasperating. It’s grunt work. And the technicians start taking shortcuts.”

Ask Us Anything
chemistry
drugs
forensics