Equal Rights For Women Everywhere Could Save Civilization 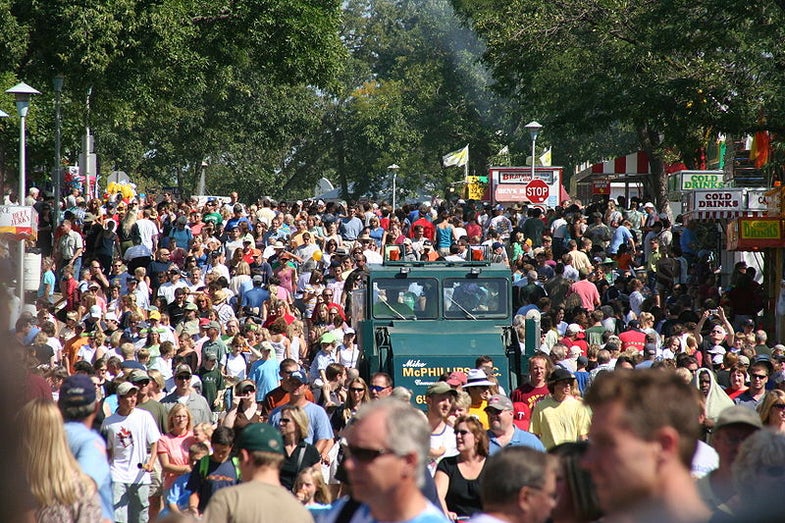 Population biologists Paul R. and Anne Ehrlich have been beating the overcrowding drum for nearly five decades, claiming that the human population’s mushrooming size is too large for the continued health of the species and the planet. Now the couple has a new thematic review of the sorry state of our world, and they suggest a plan for how to avoid a total collapse of civilization. The keystone of their argument: Giving women equal rights worldwide is a crucial first step in the preservation of our species.

The key reason is that when women have greater rights, they have fewer children. Rights include ready access to birth control and emergency abortion, but they also include greater access to education and nutrition. This could be a humane way to reduce the world’s expected population growth to 8.6 billion rather than 9.6 billion. This will not be a simple task, the authors admit: “After all, there is not a single nation where women are truly treated as equal to men.”

Along with that depressing truth, the Ehrlichs dole out a bunch of other doleful facts:

They also discuss geopolitical problems and the global economy. Relationships among countries are somewhat useless constructs: “The loose network of agreements that now tie countries together, developed in a relatively recent stage of cultural evolution since modern nation states appeared, is utterly inadequate to grapple with the human predicament,” they write.

The good news is that technological improvements in agriculture and energy could meet future society demands, the Ehrlichs note. But as Paul Ehrlich told Stanford News, “you can’t save the world on hope alone.”

The article notes a heady endorsement of all these ideas from Britain’s Prince Charles, who is apparently a vocal environmentalist (who knew?) and who discusses the “degradation of Nature’s services” in a commentary on his website. “We have to see ourselves as utterly embedded in Nature and not somehow separate from those precious systems that sustain all life,” the Prince of Wales wrote.

Despite all the doom and gloom, the Ehrlichs believe humanity is capable of saving itself–if everyone starts trying right now. “Modern society has shown some capacity to deal with long-term threats, at least if they are obvious or continuously brought to attention,” they write. The review appears in the Proceedings of the Royal Society B.