FYI: What Causes Motion Sickness, And How Do You Cure It?

Ah, motion sickness. The bane of holiday travelers everywhere. Here's the science of it--and tips on how to beat it. 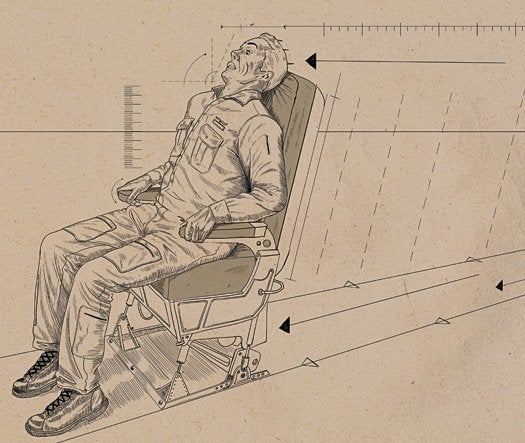 Motion sickness is a mismatch between what your body and your brain is experiencing, says Dr. Sujana Chandrasekhar, director of New York Otology and ENT surgeon at the New York Head and Neck Institute.

It’s experienced when the central nervous system receives conflicting information from the inner ear, eyes, and both the pressure and sensory receptors, found in our joints, muscles, and spine. Our sense of balance is controlled by the interaction of these systems.

“In motion sickness the fluids of the inner ear are moving along with you in the moving vehicle. The brain is interpreting that movement, [and] instead of saying ‘yes you are in a moving car,’ it’s interpreting it as an incorrect stimulus,” Chandrasekhar says. This will often cause some sort of nausea.

Unfortunately, motion sickness is one of those things that just can’t be “cured.” On the bright side you can use medication to reduce the sensation. “Medication will blunt the effects but there’s no way to get rid of it,” says Dr. Hamid Djalilian, director of Neurotology at the University of California Irvine.

What you should do, if you’re in a car for example, is sit up front. This way you’ll be able to anticipate motion and fix your eyes on a point.

People often think they should close their eyes when they’re experiencing motion sickness. But this action won’t really reduce the sensation, says Dr. Chandrasekhar, and it’s just about the worst thing you can do. “Closing your eyes shuts off a very powerful override. If you open your eyes and focus, either on a single point in the distance, or focus as if you’re driving the car, you can actually override the incorrect interpretation of the ear input.”

Another prevention mechanism that doesn’t work is wearing those magnetic bracelets that supposedly help with balance, “[they] actually have not been found to be effective,” Djalilian says. It’s a psychological relief; it doesn’t really get rid of your symptoms.

But there is a more natural approach to relieving the sensation of motion sickness: ginger. All you have to do is suck on it. It’s very effective, says Chandrasekhar, and it will calm your stomach down.

Ask Us Anything
North America