NASA Is Building A Mocked-Up Deep-Space Habitat In Texas

Testing the technology that might bring humans to Mars 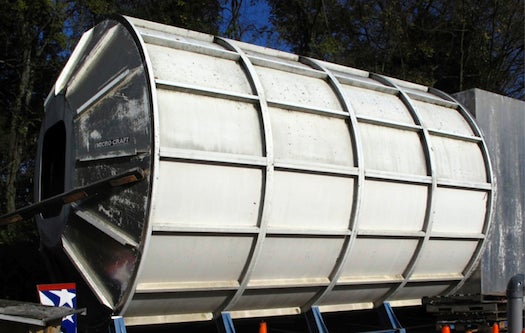 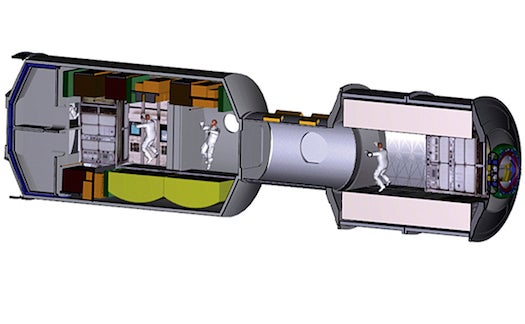 When it’s done, the concept for a ship that’ll take astronauts to deep space won’t look like much. Actually, it kind of sounds like a mess: the “Deep Space Habitat” is being cobbled together from scrap parts of the International Space Station, and even a museum mockup. Obviously, it’s not going to send anyone to deep space. But it does give us a tantalizing look at what it’ll look when NASA does take the next steps in space travel.

Engineers at Marshall Space Flight Center and experts Johnson Space Center in Houston (led by astronaut Alvin Drew) are tinkering with the spaceship mockup, deciding the right size, necessary equipment, and everything else that’s going to make a mission to Mars, a near-by asteroid, or the second Earth-Moon Lagrangian point (277,000 miles away from Earth) as pleasant as possible. In the same building where the Apollo Moon buggy was built, scientists can adjust the mockup to find the optimal form for the vessel to do that. Eventually, a future ship like it could be stationed at one of those spots as a jumping-off port to other parts of space.

The team’s also planning what kind of toys will be sent along and built in. Some of it’s the sort of thing you might expect from a trip like this–life support systems, food storage, etc.–but other parts of it are especially interesting. One of the best is a 3-D printer, which would allow astronauts to create any tools they need right on the spot. On the lower-tech side, there’s also greenhouse for astronauts to grow their own and food, and a barrier of water on the outside that could be used to shield explorers from cosmic rays.

Now we just have to wait for the mission.