To conduct experiments, researchers can change a variable in an organism and watch the results unfold. But life is messy,... 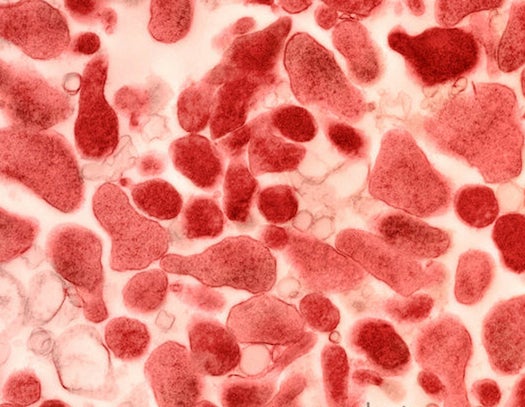 To conduct experiments, researchers can change a variable in an organism and watch the results unfold. But life is messy, and it’s difficult to understand the underlying processes that explain the data. Digitizing the process could help, and now we’re starting small: researchers have successfully made a computer model of Mycoplasma genitalium, the world’s tiniest free-living bacterium.

A team at Stanford created the model, basing it on more than 900 scientific papers. M. genitalium has the smallest genome of any living organism–a mere 525 genes–but even for an organism of its size, it takes that much information to account for every interaction it will undergo in its lifespan. Researchers tallied the number of experimentally determined parameters in the model at more than 1,900; those were split up into 28 algorithms, which stepped in for biological processes.

The process might one day mean biologists could test hypotheses that wouldn’t normally be possible in the real world, and it could expand into models of larger creatures. But it’s a whole lot of genes between M. genitalium and most anything else.

The research is reported in the journal Cell.