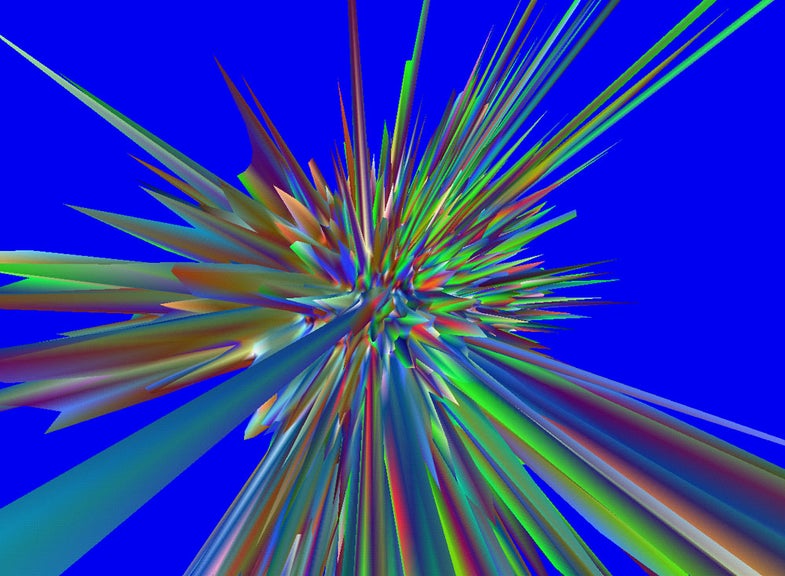 Andrei Linde, a cosmologist at Stanford University who studies cosmic expansion and created this visualization, is one of nine $3 million winners of a new Fundamental Physics Prize. Andrei Linde
SHARE

A Russian physics student turned social media billionaire just made theoretical physics the most lucrative thing in science, heaping $3 million apiece on nine researchers. The new Fundamental Physics Prize is worth more than double the Nobel, at least monetarily speaking.

Yuri Milner, whose investments are reportedly worth $12 billion, studied theoretical physics as a student in Russia in the 1980s and 1990s and founded the prize for his love of the field. He told the New York Times that the quest to understand the universe “really defines us as human beings.” And he told Nature News yesterday that physics should get its day in the sun: “The intention was to say that science is as important as shares trading on Wall Street,” he said.

There are no strings attached, according to him — the goal is to raise the stature of theoretical physics and the people who study it. Milner chose the winners, all of whom are male and all but one of whom are from Western countries, himself.

The physicists seemed as baffled by the news as anyone. MIT professor Alan Guth, who proposed the idea of cosmic inflation in the moments after the Big Bang, told the New York Times it knocked him off his feet. The money is already in his bank account, which previously carried a $200 balance. Nature News asked Andrei Linde, a cosmologist at Stanford University, how he would spend his money: “This is a problem that is much more complicated than the physics problems I’m trying to solve,” he replied.

Milner wants past winners to choose the next crop of laureates — as part of accepting the honors, the winners agree to form a selection committee. He also wants to honor junior scientists in the field, chosen by laureates, who will win a $100,000 New Horizons in Physics Prize. Along with a Nobel, physical scientists can also win the Kavli Prize and the Shaw Prize, both valued at $1 million.

Here is the list of winners, along with Guth and Linde: Nima Arkani-Hamed, Juan Maldacena, Nathan Seiberg and Edward Witten, all of the Institute for Advanced Study in Princeton, N.J.; Alexei Kitaev, a physics professor at the California Institute of Technology; Maxim Kontsevich, a mathematician at the Institute of Advanced Scientific Studies outside Paris; and Ashoke Sen, a string theorist at Harish-Chandra Research Institute in India.