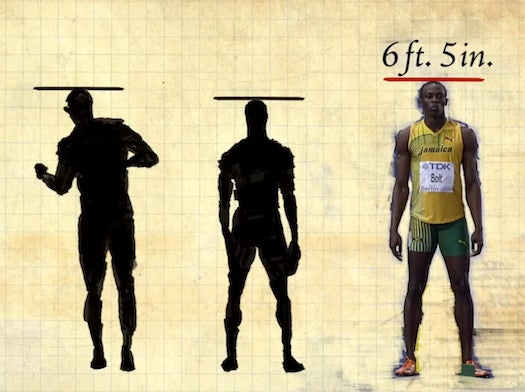 It’s now two Olympics running that Usain Bolt has dominated the 100-meter dash, breaking Olympic records both times and being crowned fastest man in the world. He’s so good that it’s drawn the attention of top engineers and scientists who want to know the biomechanics–the physics behind his movement–that give Bolt his competitive edge.

Bolt is unusually tall, for example, and his stride helps him compete in a race against his super-star running colleagues. This height increases the amount of mass he needs to move, but he’s also strong enough to propel that mass forward at a rate that can still top just about any other runner.

Check out the video for more of the science explaining Usain Bolt’s insane wins.