When the roused and active sun flings its energetic particles at Earth, we get to see beautiful aurorae, even in... 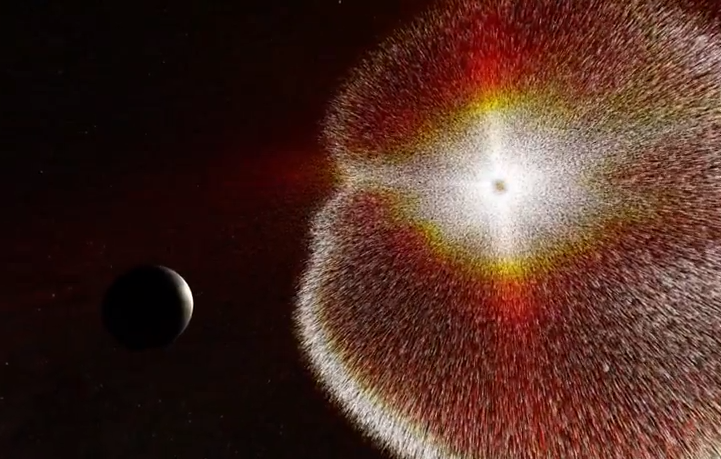 When the roused and active sun flings its energetic particles at Earth, we get to see beautiful aurorae, even in low latitudes of late. Pretty as they are, they don’t give a full account of how hard the planet’s magnetosphere is working to shield us from the sun’s wrath. This new video from the animation whiz team at NASA’s Goddard Space Flight Center brings it home.

It shows a massive coronal mass ejection careening toward our planet, where it’s deflected by Earth’s powerful magnetic field. Venus is not so lucky.

Some of the energy does get through, driving wind that affects ocean currents. The Van Gogh-esque swirling oceans also make an appearance.

The animation connects several computer models, one showing a magnetic field model and others that incorporate data from a real solar flare from December 2006. The data that powers these models comes from NASA’s Earth- and sun-observing satellite fleet. It may be a computer animation, but what you’re seeing is real. The clip is a new excerpt from “Dynamic Earth: Exploring Earth’s Climate Engine,” which is playing at the Smithsonian National Air and Space Museum in Washington, D.C.