Found: The Particular Brain Fold That Helps People Distinguish Between Imagination and Reality

Did you actually open the refrigerator a few minutes ago, or were you just thinking about it and imagined that... 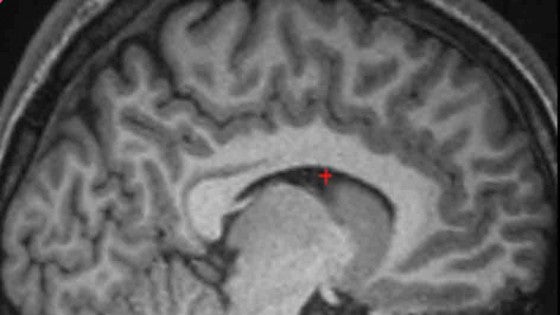 Did you actually open the refrigerator a few minutes ago, or were you just thinking about it and imagined that you did? If you can remember correctly, you might have an extra fold in your brain.

A fold in the front brain called the paracingulate sulcus, or PCS, can apparently help people more accurately remember whether something was imagined or really happened, or which person actually said something. It’s one of the final structural folds to develop before birth, and its size varies greatly in the general population, according to researchers at the University of Cambridge. People with the fold were significantly better at memory tasks than people without the fold, the researchers say.

The study, which was published in the Journal of Neuroscience, involved 53 healthy adult volunteers with no reported history of cognitive difficulties, according to a Cambridge news release. And everyone thought they had a good memory before the tests.

Participants were chosen based on MRI scans that showed a clear presence or absence of the PCS fold. Then they were presented with word pairs and half-pairs — like “Laurel and Hardy” or “Laurel and ?” In the second test, they were asked to imagine the other word, and then either they or the study leader actually said the word aloud.

Then they had a memory test, where they tried to remember whether they had actually seen the second word or just imagined it, and which person said the word out loud, Cambridge says. People with a PCS remembered correctly a lot more often.

This work has implications for some mental disorders like schizophrenia, in which the line between reality and imagination is unclear to the patient. In other studies, schizophrenic patients reportedly have had reduced PCS areas, according to Jon Simons of Cambridge’s Experimental Psychology department and Behavioural and Clinical Neuroscience Institute.

What to do about this isn’t clear — because the fold happens so shortly before birth, it’s not something that can be physically changed. But understanding the PCS’ role in memory and reality perception could have some impact on drug treatments for mental disorders.