Anyone who has ever tried to record that first feature-length album in his or her dad’s garage knows that reflecting,... 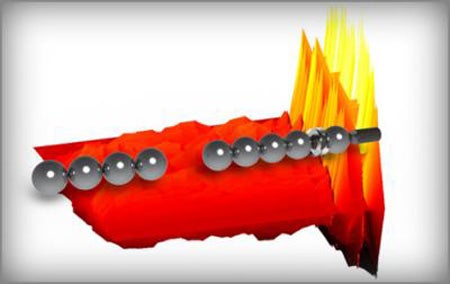 Anyone who has ever tried to record that first feature-length album in his or her dad’s garage knows that reflecting, suppressing, and otherwise manipulating sound isn’t as simple as it might seems. We’ve got that egg-carton foam that offers some soundproofing, but beyond such muting materials we have few mature technologies that let us control the way sound travels. But Caltech researchers are working to change that via the first tunable, acoustic diode that can be used to let sound flow in one direction only.

The acoustic diode works much like the electrical component of the same name, letting current (or, in this case, sound waves) pass in one direction but blocking it in the other. Composed of a structured arrangement of elastic spheres that ferry the sound through the material, the diode can be tuned to work only at certain frequencies or to downshift the frequencies moving through the material to lower frequencies as needed.

That opens the technology up to several potential applications. In the case of soundproofing, the technology could enable true one-way transmission of sound (rather than the simple dispersion and muting performed by “soundproofing” foams). But perhaps more interestingly, the material could be used to harvest energy from sound waves.

For instance, the tunable diode could scavenge energy from noisy machinery and channel it back into a transducer that converts those sound vibrations into electricity that could be fed back to the machine, reducing net energy consumption. It could also downshift sound frequencies to ranges that are optimal for energy conversion.

All that’s a long way off, but the notion is pretty intriguing. In the meantime, the Caltech team is also exploring a range of other technological applications for their wave-manipulating technology, including medical uses (ultrasound), architectural acoustics, and insulating materials that regulate temperature.