A new regulatory group should be formed to oversee experiments that mix animal and human DNA, British researchers said Friday.... 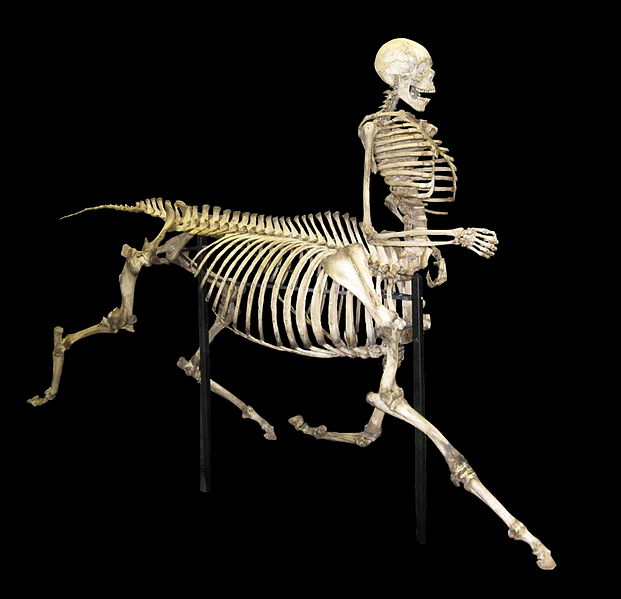 Although it sounds like something from science fiction, human-animal hybrids are actually very common — at least on a genetic, cellular level. In the past few weeks alone, we’ve seen mice engineered to express a human form of hemophilia, and cows engineered to produce milk with human characteristics. Human DNA is frequently inserted into mice to study cancer, and so on.

But some experiments are a little more … bizarre, for lack of a better word. Like fertilizing human eggs in animals. Or experiments that would use human brain cells to alter animal brains. Or giving animals human-like speech or facial expressions.

While these types of experiments don’t seem likely, some researchers argue they could be valuable, the Associated Press reports. Injecting human brain cells into rat brains could help researchers study stroke treatments, for instance. Reuters points out that the world’s first clinical trial using stem cell therapy in stroke patients was only possible after first testing human brain cells on rats.

“Where people begin to worry is when you get to the brain, to the germ (reproductive) cells, and to the sort of central features that help us recognize what is a person, like skin texture, facial shape and speech,” said Martin Bobrow, a professor of medical genetics at the University of Cambridge, in a news conference.

Part of the controversy in the UK stemmed from plans three years ago to make human embryos with the nucleus hollowed out of cow eggs, the AP reports. The research was intended to make a new supply of stem cells that could be used to treat a wide range of diseases. The cells were 99.9 percent human and 0.1 percent other animal, the Guardian reported at the time.

Other countries should probably follow suit, and come up with their own regulatory mechanisms for overseeing such experiments, Bobrow said.