Most architect design buildings with permanence in mind, engineering them to last decades if not centuries. Swedish architecture firm Jagnafalt... 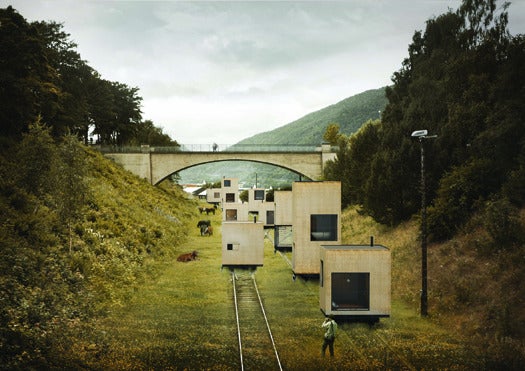 Most architect design buildings with permanence in mind, engineering them to last decades if not centuries. Swedish architecture firm Jagnafalt Milton thinks the city of the future should be anything but permanent. The firm has won third place in a contest to to develop a the Norwegian city of Åndalsnes with a plan to create a configurable city that rolls buildings around on rails.

The idea is to make best use of the city’s existing infrastructure to create an efficient city that changes to accommodate the season. In Åndalsnes’ case, that requires an ability to accommodate lots of tourism and cruise liner traffic in the warm seasons and provide shelter and lots of indoor activity space in the colder months.

Given the fact that Åndalsnes is an old railway city with miles of leftover track from a bygone oil boom era, the solution presented itself: create buildings that can be moved around on the existing to best accommodate the season, events, and the evolving needs of a modern city.

To quote the jury in its notes on the competition: “The proposer has seen the importance of the railway for the development of the city and taken this element and created a new future for the city. The railroad’s fundamental contradiction between the permanence of the tracks and the mobility and flexibility of the wagons is playfully and elegantly exploited in the planning proposal.”

Particularly impressive to the jury was the emphasis on exploiting the existing rail rather than designing new city blocks, promenades, or public squares – after all, if your city is readily configurable you can do the city planning later. In an era where most developed nations are building fewer brand new cities and spending more resources on improving aging, existing ones, Jagnafalt Milton’s flexible, efficient design could be preview of the smart city of the future. 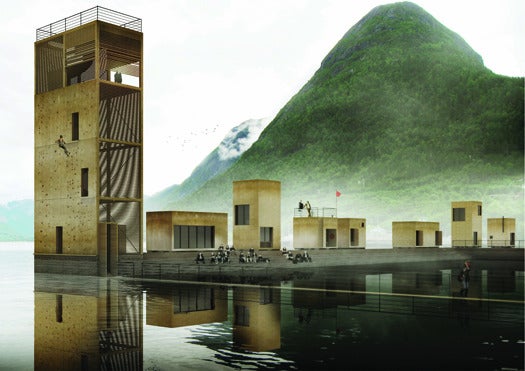