With New Method, China Can Mass-Produce Light Water For Its Citizens’ Thirst

In an effort to produce mass quantities of healthier H2O, Chinese scientists have come up with a new method to... 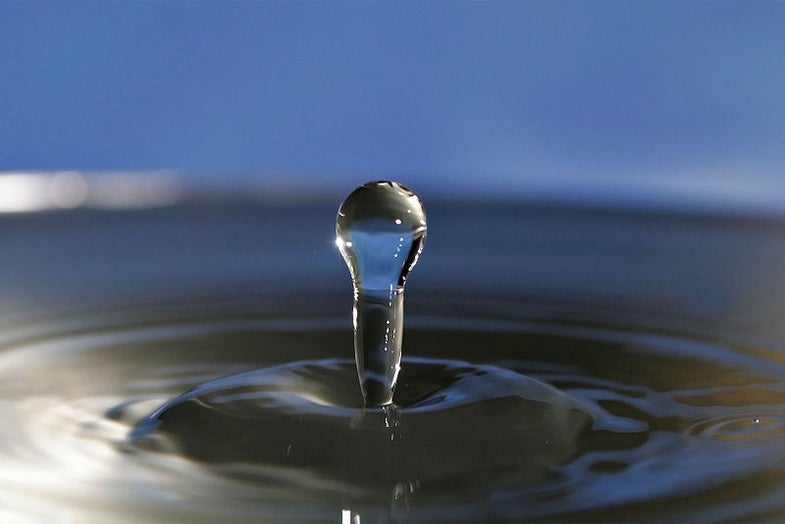 In an effort to produce mass quantities of healthier H2O, Chinese scientists have come up with a new method to change water’s chemical composition. It involves making light water.

Natural water has tiny amounts of D2O molecules, deuterium and oxygen, mixed in with the dihydrogen monoxide.

Deuterium, also called heavy hydrogen, is an isotope of hydrogen that contains one proton and one neutron. In North America, typical drinking water has a deuterium concentration of about 150 ppm, roughly equivalent to a few drops per every quart.

Water with higher concentrations of D2O is known as heavy water, and it is harmful to plants and animals. By contrast, water with hardly any D2O — or light water — can boost the immune system and benefit plant and animal health, according to several studies. In one study from 2003, plant photosynthesis increased with the use of light water. A study involving mice blasted with ionizing radiation showed a dramatic difference in survival between mice that drank light water and mice that drank regular water. It is even used as a cancer treatment for humans: In 2008, researchers reported that light water noticeably lengthened the lifespan of terminal cancer patients.

Given these positive effects, it seems smart to provide greater quantities of light water for public consumption. But it’s hard to produce — current methods include electrolysis, distillation, a high-temperature exchange method that uses hydrogen sulfide, and desalination from seawater, according to authors Feng Huang and Changgong Meng of the Department of Chemistry at Dalian University of Technology in China. These methods are either expensive, inefficient or bad for the environment.

The authors propose a new method involving a platinum catalyst, which quickly removes deuterium from water using cold and hot temperatures, according to the American Chemical Society. The result is water with a deuterium concentration of roughly 125 ppm.

The method could be the basis for industrial-scale light water production — and a new way to produce huge quantities of healthier water for the masses.