It’s no secret that China is beating up on America and the West in everything from infrastructure to technology investment,... 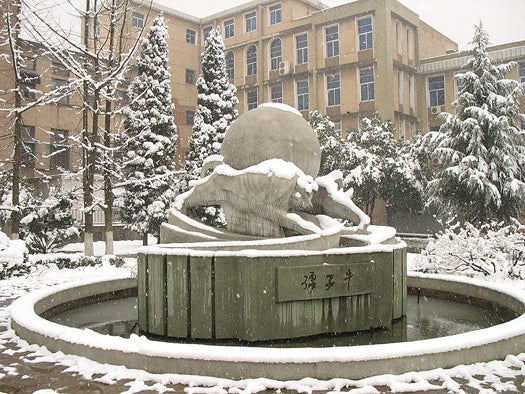 It’s no secret that China is beating up on America and the West in everything from infrastructure to technology investment, but news of exactly what the People’s Republic is up to is often scarce. So while the diplomatic establishment continues to reel from the stink of its own dirty laundry in last week’s Wikileaks document dump, cables coming from the American Embassy in Beijing are also shedding light on the strides Chinese scientists are making in far-out fields like nuclear fission, biometrics, and even quantum teleportation.

One confidential diplomatic cable sent from the Beijing Embassy to Washington in February suggests China is doing big things at the small scale. For one, China is aggressively expanding its nuclear energy resources, with plans to open at least 70 nuclear plants in the next decade. More interestingly, the Chinese Academy of Sciences (CAS) is pouring research funding into its Institute of Plasma Physics (IPP) to conduct ongoing research into nuclear fusion.

Perhaps most interesting: China doubled the IPP budget in 2009 over 2008, and the diplomatic chatter suggests 2010’s budget saw a significant boost as well. Amid choppy economic waters, such funding bumps indicate a real commitment on China’s part to figure out the fusion energy puzzle.

China’s sci-tech ambitions don’t stop there. While the evidence is anecdotal, the embassy seems to think the Chinese are pulling ahead in fields like quantum communications and even teleportation. To quote one diplomat’s description of a trip to the University of Science and Technology of China (USTC) in Hefei: “A cursory walk through their labs seemed to indicate they had already succeeded in single-particle quantum teleportation and are now trying to conduct dual-particle quantum teleportation.”

Then there’s the Big Brother tech that we’ve come to expect from China. The same cable says the CAS’s Institute of Intelligent Machines (IIM) in Hefei has created a biometric system that identifies individuals through their pace and gait. “The device measure weight and two-dimensional sheer forces applied by a person’s foot during walking to create a uniquely identifiable biometrics profile,” the cable says, and can be installed covertly in a floor to surreptitiously collect biometric data.