FYI: How Many Different Ways Can a Chess Game Unfold?

Almost nothing looks more orderly than chess pieces before a match starts. The first move, however, begins a spiral into … Continued 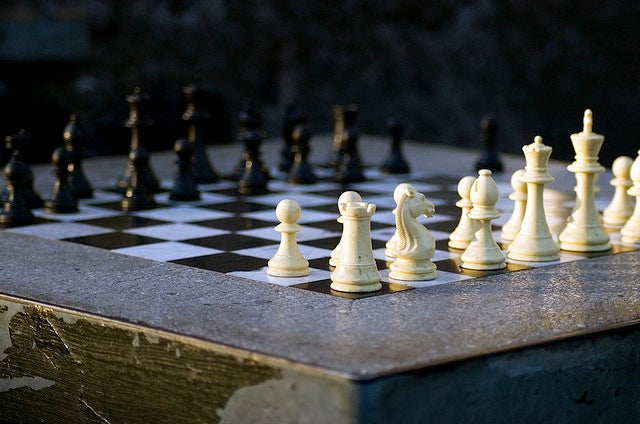 Almost nothing looks more orderly than chess pieces before a match starts. The first move, however, begins a spiral into chaos. After both players move, 400 possible board setups exist. After the second pair of turns, there are 197,742 possible games, and after three moves, 121 million. At every turn, players chart a progressively more distinctive path, and each game evolves into one that has probably never been played before.

According to Jonathan Schaeffer, a computer scientist at the University of Alberta who demonstrates A.I. using games, “The possible number of chess games is so huge that no one will invest the effort to calculate the exact number.” Some have estimated it at around 10100,000. Out of those, 10120 games are “typical”: about 40 moves long with an average of 30 choices per move.

There are only 10^15 total hairs on all the human heads in the world, 10^23 grains of sand on Earth, and about 10^81 atoms in the universe. The number of typical chess games is many times as great as all those numbers multiplied together—an impressive feat for 32 wooden pieces lined up on a board.

Ask Us Anything
chess
january 2011
Science