It's not smaller, but it is smarter. 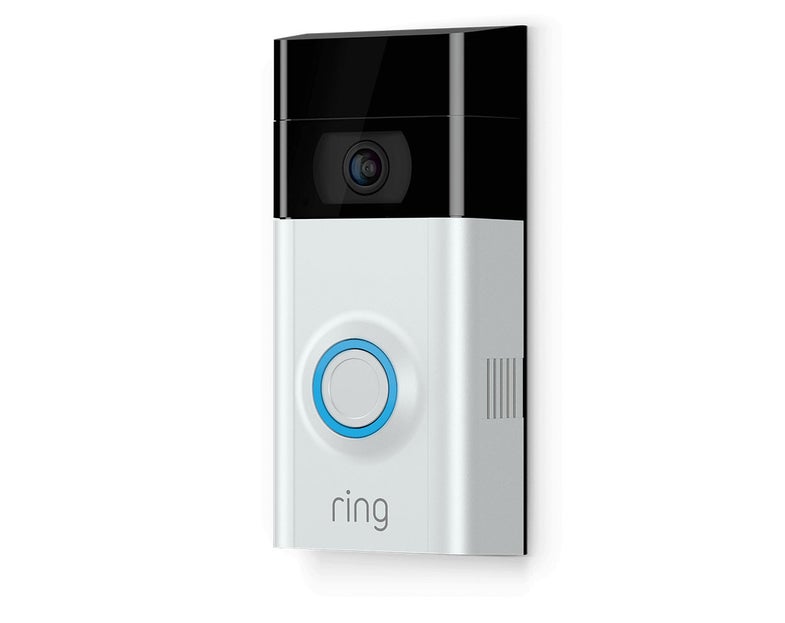 Ring’s second-generation video doorbell adds a quick release rechargeable battery and boosts video resolution from 720p to 1080p. It remains one of the only video doorbells that can provide its own power instead of relying on your home’s existing wiring.

Like the previous version we tested, we set up the Ring Video Doorbell 2 in its wireless configuration, mounting the unit in the same, somewhat awkward, location outside our front door. While much of the setup process remains the same, one key difference is the addition of a removable lithium ion battery. This means you can physically install the doorbell while waiting for the battery to charge. It also means you don’t have to remove a large portion of the unit when the same battery eventually runs out of juice. Simply pop off the faceplate, press the release latch, and the battery slides out.

Once again, we tested the video doorbell with the Chime Pro, a $49 plug-in chime and Wi-Fi range extender that boosts the Ring’s network signal and provides its own sonic alerts when someone rings your doorbell. The app setup remains the same, so after adding our new unit and naming it (Front Door), we spent a couple weeks comparing it to its predecessor.

In terms of performance, the second-gen Ring Video Doorbell isn’t all that different from the first. That’s both good and bad. When someone rings your Ring, instant notifications are reliable and nearly instantaneous regardless of where you are. Similarly, we didn’t notice any significant difference in the two-way audio quality, which remains clear on both ends. Most of the app-based options are the same, too, including the ability to create motion sensing schedules for specific days and times, check out the doorbell’s live feed, and dial in its motion sensitivity.

The boost in resolution is noticeable, but practically speaking, it won’t make much of a difference to the average user. Faces are still really only distinguishable when someone is within about 8-10 feet of the video doorbell and looking directly at it. You can zoom in slightly more without the image becoming a pixelated mess, but not enough to make the zoom feature particularly useful. Ring says the second-gen version has improved night vision—specifically, the ability to capture higher-quality images and video at greater distances—but we didn’t notice any significant difference when comparing newly-recorded night videos to previously downloaded ones from the first-gen doorbell.

What is noticeable (and extremely welcome) is the redesigned battery. This is arguably the most noteworthy improvement to the Ring 2. While the first-gen version required you to basically unscrew and remove part of the doorbell unit to recharge the battery, this one lets you slide the battery out simply by pushing a latch at the bottom. The battery itself can then be directly recharged via an included USB cable.

Unfortunately, many of the problems we had with the original Ring made a reappearance in this version. Motion-triggered video recordings were at times glitchy and indecipherable. To our dismay, we also found that some recorded video events weren’t even actual videos. Thirty-seconds of one still frame from the entire recording were not an uncommon occurrence. Of course, as with all wireless smart home gadgets, Wi-Fi performance and bandwidth can make or break the experience. We confirm that neither were to blame for these issues, though.

As with the Ring 1, there were timing and motion sensitivity problems as well. The doorbell frequently began recording motion- and doorbell-triggered videos too late, often as the person was leaving. This meant we got to see the back of our postman’s head quite a bit. Adjusting the sensitivity in the app didn’t do much to remedy this behavior.

Finally, and most importantly, there’s the size issue. The Ring 2 is actually slightly larger than its predecessor, and while it’s great to have the flexibility of placement that comes with a wireless video doorbell, it doesn’t make much of a difference if you can’t find a place to properly mount it. If Ring could figure out a way to shrink down this wireless version to the size of its Ring Pro and eliminate some of the video recording inconsistencies, this smart doorbell would have no problem getting our ringing endorsement.

The bump in resolution and the redesigned battery are both welcome additions to the second-gen Ring Video Doorbell, but we’re still not wild about its bulk (which severely limits your installation options) or its inconsistent video recording performance.