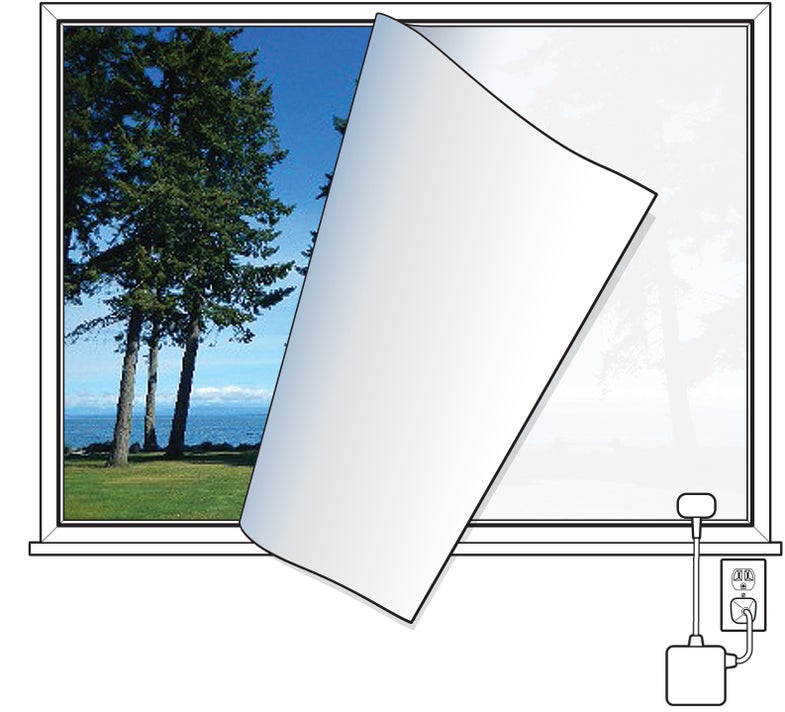 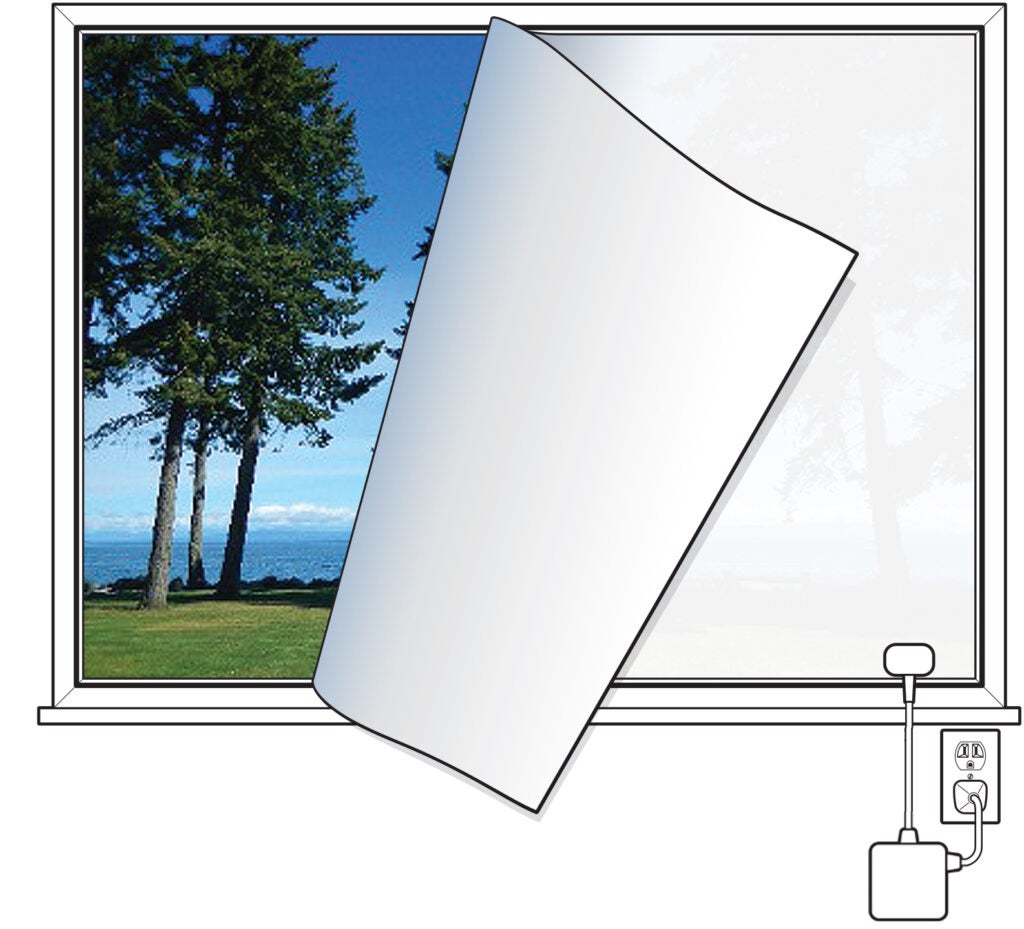 Call it the curse of the picture window. Big panes may light up a home, but they also let in enough heat to drive up the temperature by several degrees, raising cooling costs. Self-tinting windows solve the problem, darkening or turning opaque on command, but they are expensive and require custom installation. California start-up SONTE has developed an alternate approach: an affordable after-market tinting treatment.

SONTE film works like an ultrathin LCD TV. It consists of a layer of conductive liquid-crystal polymer sandwiched between layers of PET plastic. Users trim the film to the size of the window and smooth it onto the glass. A semipermanent adhesive holds the film in place. Each kit comes with a quarter-size clip, which attaches to a corner of the film and plugs into a Wi-Fi–enabled electrical transformer. Once connected, users can control the panel with either an app or a traditional switch. When on, a current flows through the liquid-crystal layer, adjusting its polarity and turning the panel transparent.

SONTE plans to upgrade the system’s transformer with additional wireless radios so it can sync with devices that use popular home-automation standards, such as ZigBee. Connected to a smart home, the windows could be programmed to tint or detint automatically based on the temperature.