The heat is on shellfish, and not in a good way 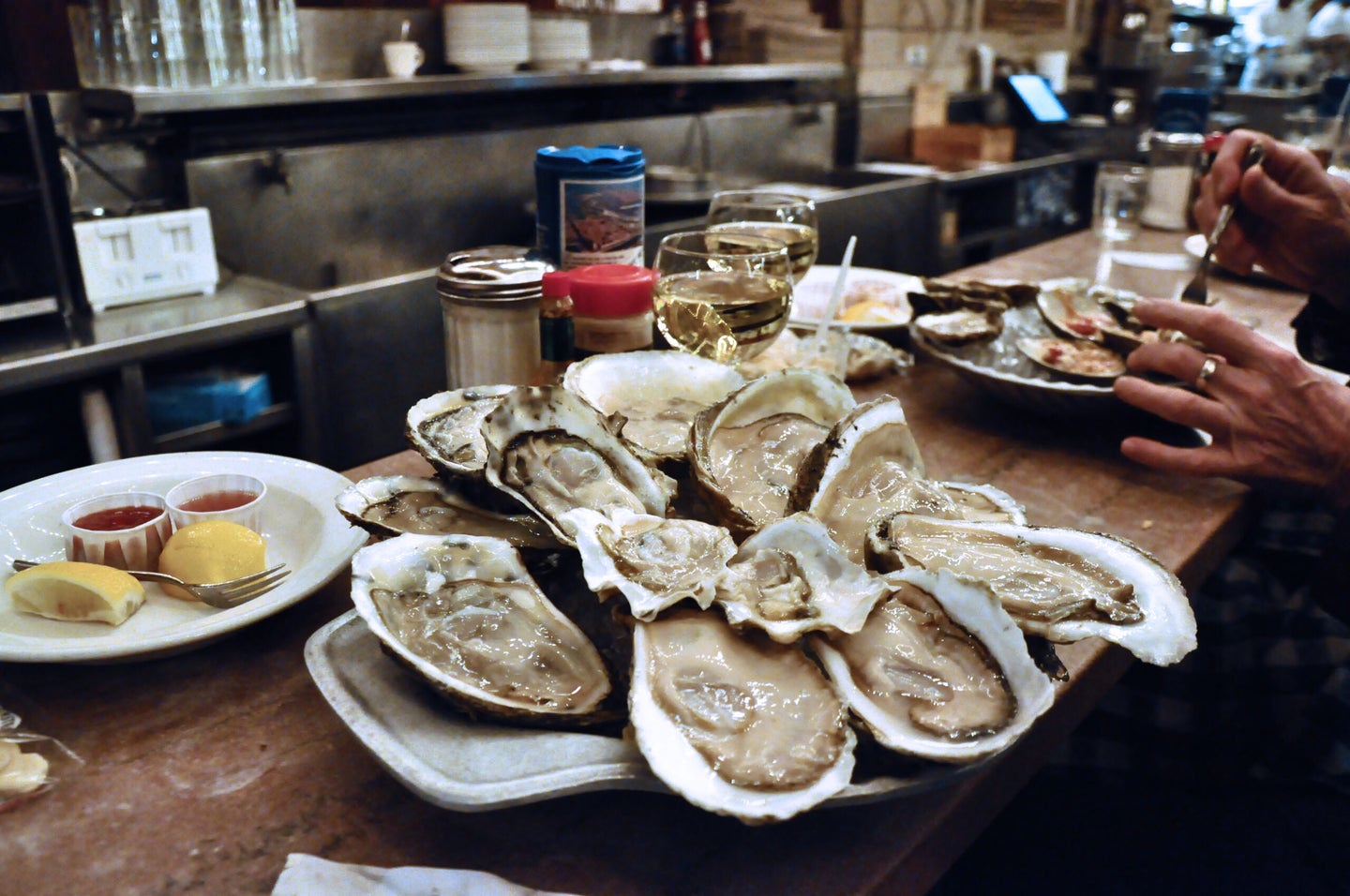 Typically when you think of acid and shellfish, you might picture some fresh lemon juice or a light mignonette to brighten up a perfectly shucked raw oyster. But another kind of acidification is threatening the occupants of the raw bar, and the outlook is not very good.

A new report in Nature Climate Change found that ocean acidification is threatening shellfisheries (places where people harvest shellfish) across the United States. The combination of air pollution, runoff into rivers, and warming waters is slowly changing the ocean chemistry, especially in coastal areas where shellfish thrive. As more carbon dioxide gets absorbed by the ocean, the waters become more acidic, reducing the amount of shell-building chemicals in the water. In extreme cases, the acidic waters can actually eat away at the calcium carbonate that is the main component of most mollusk shells. And even if you aren’t a fan of shellfish, you could be affected: Harvesting shellfish is a huge contributor to coastal economies, and some are already starting to get hit.

“Ocean acidification has already cost the oyster industry in the Pacific Northwest nearly $110 million and jeopardized about 3,200 jobs,” Julia Ekstrom, author of the report, said in a press release

The four areas that Ekstrom and colleagues identified as particularly problematic are the Pacific Northwest, the Gulf of Mexico, the Mid-Atlantic, and New England, all of which are affected by the issue in different ways. The news is dire, but luckily there are some things that communities can do to combat the individual problems.

Already suffering from repeated hurricanes and disasters like Deepwater Horizon, the shellfish industry of the Gulf coast has managed to keep things going in the face of hard times. But they also primarily rely on one source of shellfish–oysters. Having only one type of mollusk means that the industry here might be vulnerable to changes in the short term. Developing and introducing species that are more resistant to acidification could give these shellfisheries an edge.

Home to oyster beds from Chesapeake Bay to Long Island, nitrogen runoff (from fertilizers and farming operations) exacerbates ocean acidification problems in the region. Reducing levels of runoff could help mitigate the problem.

There is nothing that says New England more than a clambake (ok, maybe Fenway, but you get the idea). New England’s cold waters are also where increased levels of carbon dioxide love to hang out. Here, the answer could be moving the locations of shellfish farms and diversifying the types of shellfish harvested.

The Pacific Northwest has it bad. Not only do they have cold waters like New England, they also have nitrogen runoff, just like the mid-Atlantic states. Not a great combination. Their best bet is going to be creating an early warning system to monitor where the waters are getting especially corrosive, and then potentially go elsewhere.