The non-bruising potato is here, but will consumers buy it? 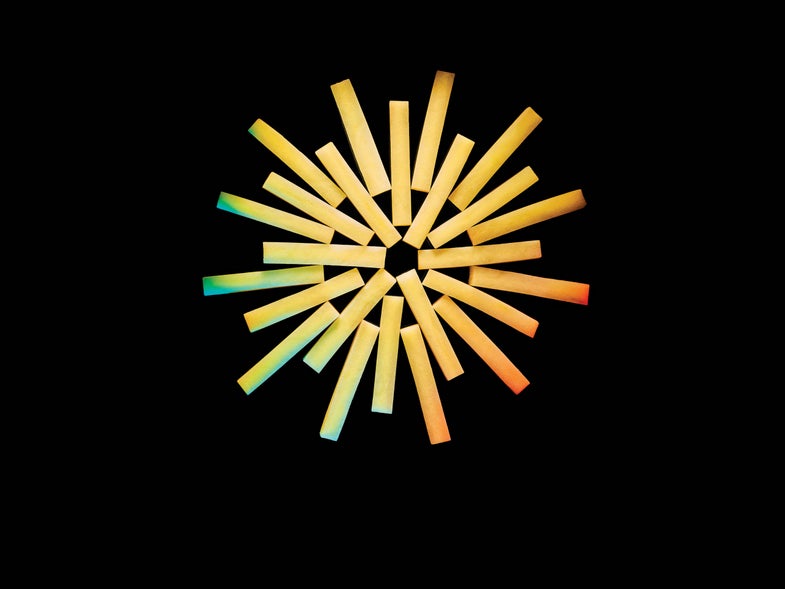 Each year, groceries, restaurants, and hotel chains collectively toss out some 400 million pounds of fresh potatoes due to bruising and black spots. (Consumers loathe a bruised spud.) Boise, Idaho, food giant Simplot—one of the largest privately held food producers in the nation—has now genetically modified potatoes so we’ll waste less. Its new Innate line of Russet Burbank (a standard for French fries), Atlantic (a chip staple), and Ranger Russet (an all-purpose potato) is bred to have less bruising. Compared with typical potatoes, Innates also have up to 70 percent less acrylamide—a potentially cancer-causing chemical formed when potatoes are cooked above 248 degrees, such as when frying French fries or baking chips. In other words, they’re healthier.

The new potatoes are among the latest GMOs with direct consumer benefits, joining the nonbrowning Arctic apple, and Pioneer’s Plenish soybean oil, which contains the healthy fat omega-9.

Simplot—an 86-year-old company that invented the frozen french fry and dehydrated potato—spent more than 14 years devising the Innate varieties. To create them, engineers extracted genes from cultivated and wild potatoes, and inserted them into the DNA of its target varieties. In a process that scientists call “gene silencing,” the new genes switch off the host genes that lead to bruising and acrylamide production.

Although 88 percent of scientists say GMOs are safe to eat, only 37 percent of the public agrees, according to a 2015 Pew Research Center survey.

This summer, Simplot’s new potato line began landing in produce aisles, on restaurant plates, and on room-service trays in hotels. (In 2012, consumers ate 52 pounds of potatoes per person.) But some big potato buyers, like McDonald’s, aren’t buying, likely because they fear consumers’ reaction. Although 88 percent of scientists say GMOs are safe to eat, only 37 percent of the public agrees, according to a 2015 Pew Research Center survey.

Still, it’s unlikely consumers will notice or appreciate the new spuds. “I’m not convinced that the fact that it’s low acrylamide will be looked upon by consumers as a big benefit,” says Greg Jaffe, the biotechnology director at the Center for Science in the Public Interest, “because I don’t think most consumers are aware of acrylamide and the issues around it.”