Ask Anything: What Happens In Your Computer When You Turn It On?

No, the little mouse inside it does not start scrambling around. 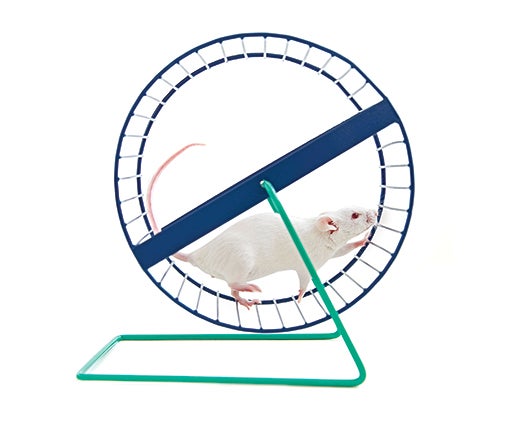 Before a computer can load its operating system and locate drivers for its components, it must recognize that it has been turned on at all. This task falls to a relatively simple device known as the power-on reset circuit. “In its very basic form, it’s simply a little capacitor and a resistor and a little inverter, something like that,” says David Blaauw, a professor in the Michigan Integrated Circuits Laboratory at the University of Michigan. The power-on reset circuit is hardwired to recognize a minimum voltage level. When voltage crosses that threshold, the circuit signals the processor to execute a set of commands that allow for the loading up of the system.

This “instruction zero” could be hardwired, says Blaauw, but it’s generally placed on a flash chip on the computer’s motherboard. That way, the details of what it says can be left to the people who put the computer together.

Power-on reset circuits tell a computer how to start but also how to stop. Left unsupervised, a loss of voltage can be very damaging. At zero voltage, a processor won’t do anything at all, but at very low voltages, its behavior turns erratic. In a worst-case scenario, it may start making unpredictable changes to memory locations. That’s where the power-on reset circuit comes in: “It will detect that you have lost power,” says Blaauw, “and then it will assert a reset signal that stops the processor from doing anything foolish.”