Ask Anything: Is It Worse To Be Licked Or Sneezed On?

Either way, both are gross. 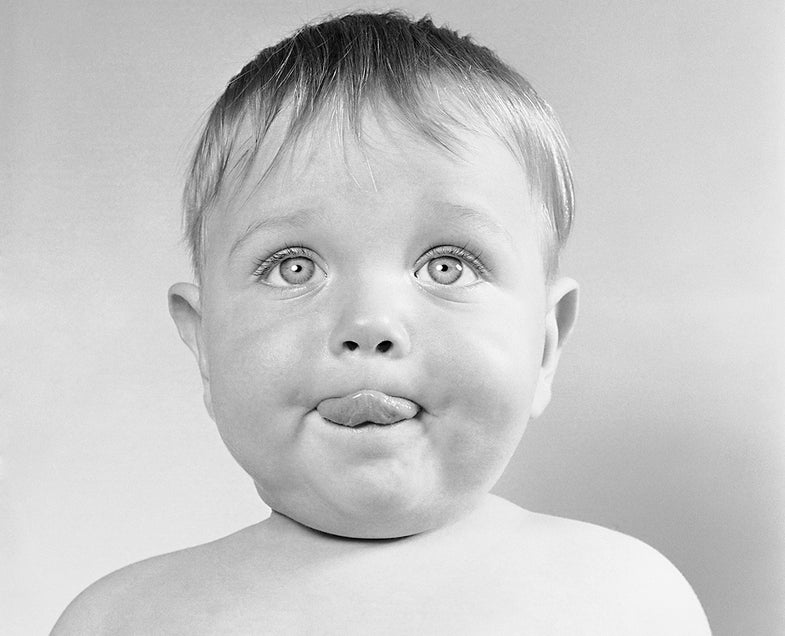 Different diseases affect different fluids in the body, so it’s hard to give a simple answer to this question. HIV, for example, shows up at infectious levels in blood, semen, vaginal and rectal secretions, and breast milk. But an HIV-infected patient’s sneeze or spit poses very little danger. On the other hand, the germs that cause conjunctivitis, or “pink eye,” come out in tears, and the virus responsible for mononucleosis swims around in the saliva.

If we limit the discussion to our most common germs, spit turns out to be relatively harmless. Rhinovirus, which causes up to half of all colds, multiplies in the cells that line the nose and upper respiratory tract. As a result, the easiest way to transmit a cold is through nasal mucus. “You can get some virus out in saliva, but you’d have to work real hard,” says J. Owen Hendley, professor of pediatric infectious disease at the University of Virginia. He cites one study where even prolonged “soul kissing” didn’t transmit rhinovirus. Getting sneezed on isn’t so bad either, since people sneeze mostly from their mouths.

Other respiratory illnesses have their own modes of transmission. Influenza, for example, tends to dig into the lungs. As a result, a cough may aerosolize the virus. “If I were splashed in the face with something at the hospital,” says John Lynch, professor and director of an infectious disease clinic at the University of Washington School of Medicine, “I’d be most worried about the respiratory sample.”

ask anything
Ask Us Anything
february 2014
Health
Science