Ask Anything: How Long Can A Flower Live Once It’s Picked? 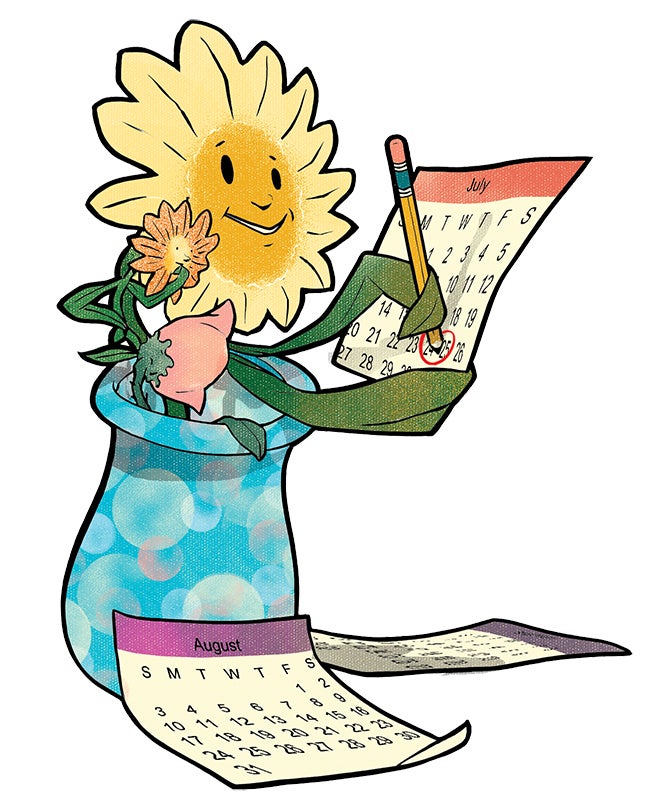 Most cut flowers will last a week or two under normal conditions, but “vase life” varies widely. Genetics play a major role, of course, but so does how the plant was grown and harvested.

The best you can do to make a flower last for a really long time is to put it at a temperature that’s very close to freezing.

At the moment of cutting, the stem will have a supply of starches and sugars inside—more if the plant was grown in lots of light and harvested in the late afternoon. This supply is fuel, and once it has been depleted, the flower can take up nutrients from the water in a vase. That’s why people often dose their bouquets with “flower food.”

But the ability of cut flowers to take up water and nutrients deteriorates over time. These processes are limited by obstructions in the stem, often caused by air bubbles or bacterial growth. Adding a bit of bleach to the water may prolong a flower’s life by staving off microorganisms, and mild acid tends to ease circulation. Temperature also makes a big difference: “The best you can do to make a flower last for a really long time is to put it at a temperature that’s very close to freezing,” says John Dole, a professor of floraculture at North Carolina State University. So long as you haven’t frozen up the flower’s sap—a fatal mistake, to be sure—cold will slow senescence.

Even under ideal conditions, a plant’s genetics play a significant role in its flowers’ longevity. Daylilies, for example, last at most a day. Other species have surprising tenacity. “We work with a flower here called a pineapple lily, and in one of the treatments, it’s lasting seven weeks,” says Dole. “When they’re going this long, it falls into the category of ‘please die now . . . I want to get this experiment done!”

Ask Us Anything
ask anything
flowers
July 2014