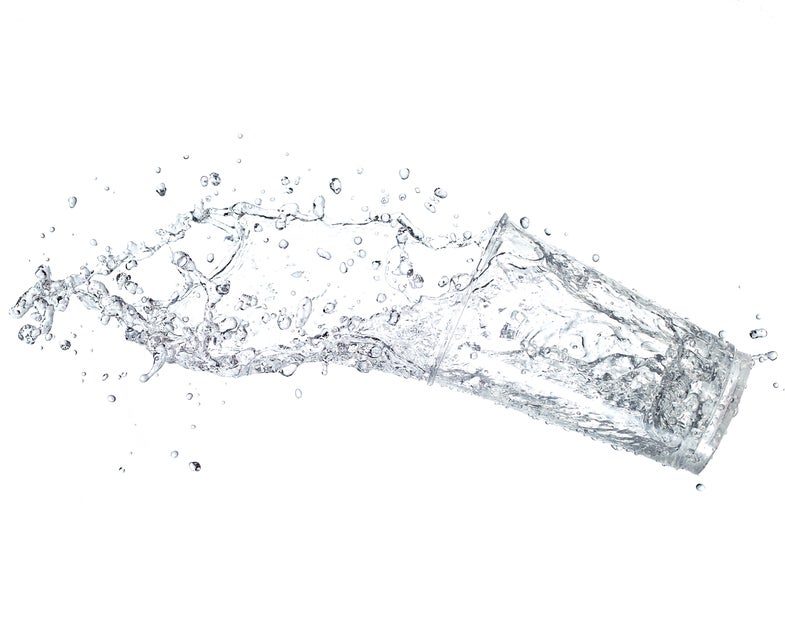 For thousands of years, philosophers claimed that water had no flavor. It’s the baseline for the sense of taste, they said—a starting point and null condition. What water is to tongues, darkness is to eyes and silence is to ears. “The natural substance water per se tends to be tasteless,” wrote Aristotle. In his view, it serves only as the vehicle for flavor.

But eventually, scientists began to notice that a draught of pure distilled water could provoke a certain taste. Some found it bitter on the tongue; others said it was insipid. By the 1920s, evidence was mounting that water changes flavor depending on what you happen to have tasted just before. Take a sip of Poland Spring after putting something acidic on your tongue, and it may taste a little sweet. Drink some after eating salt, and it could have a hint of bitterness.

In the 1960s and 1970s, Yale psychologist Linda Bartoshuk published a series of papers on the so-called aftertastes of water. When a person eats or drinks, his or her taste cells become adapted to that stimulus, Bartoshuk explained. If you then wash out that flavor with water, the cells rebound into an active state. It’s something like the after-image of a color seen against a sheet of blank white paper.

You don’t even need to eat or drink to experience the same effect. Bartoshuk found that a person’s own saliva can spruce up the taste of water. As you go about your day, your tongue will be awash with slightly salty spit. The saliva doesn’t taste like anything because your mouth has become habituated to it. But rinse the spit away with water and your cells will rebound to a bitter or sour taste with your next sip.

Among physiologists, that’s been the dogma for more than 30 years: Water has a flavor but only as an aftereffect of tasting other things. In recent years, however, a small group of scientists have argued that water can be sensed even on its own. Starting in the early 2000s, researchers published data showing that certain parts of the brain—in both humans and laboratory rats—respond specifically to water. At around the same time, a group at the University of Utah found that mammalian taste cells make proteins called aquaporins, which serve to channel water through cell membranes. The aquaporins, which are common in other types of cells, provide a possible way for water to stimulate taste cells directly.

If water has a special taste for rats and people, it wouldn’t be unprecedented in the animal kingdom. It’s long been known that insects have a taste for water. Scientists have proved that fruit flies taste chemicals through bristles that protrude from their wings, legs, and proboscis. The bristles connect to a set of neurons tuned to sugary and bitter tastes, along with changes in osmotic pressure.

Even so, most neuroscientists doubt that such a mechanism exists in mammals too. “You will find a lot of people who don’t believe that water has a taste, period,” says Patricia Di Lorenzo of Binghamton University. Her laboratory has identified neurons that respond only to water in the brain stem of a rat at several points along the pathway used to process taste, but she’s gotten little support for this idea among her colleagues. “I’m out of the water business,” she admits. “When you’re in a field where nobody believes what you say, then you move on.”

Sidney Simon, a physiologist at Duke University, describes a similar experience. He found water-specific cells in the rat’s gustatory cortex. “There’s a good possibility that there’s a water response in mammals,” he says. “It’s not a QED—it’s suggestive.” But other groups haven’t found the same. That could be because they’re only using anesthetized animals, Simon says, and testing their responses only at the front of the tongue. To find the cells that taste water, you may have to look toward the back of the mouth. In any case, it makes perfect sense to him that water should have its own taste. “It’s the most common thing in the world,” he says. “It’s 75 percent of your body. It’s 75 percent of the planet. I mean, why wouldn’t you develop something like that?”

Ask Us Anything
ask anything
february 2014
water