Why Does Crying Make My Nose Run?

Short answer: It's flooded with tears 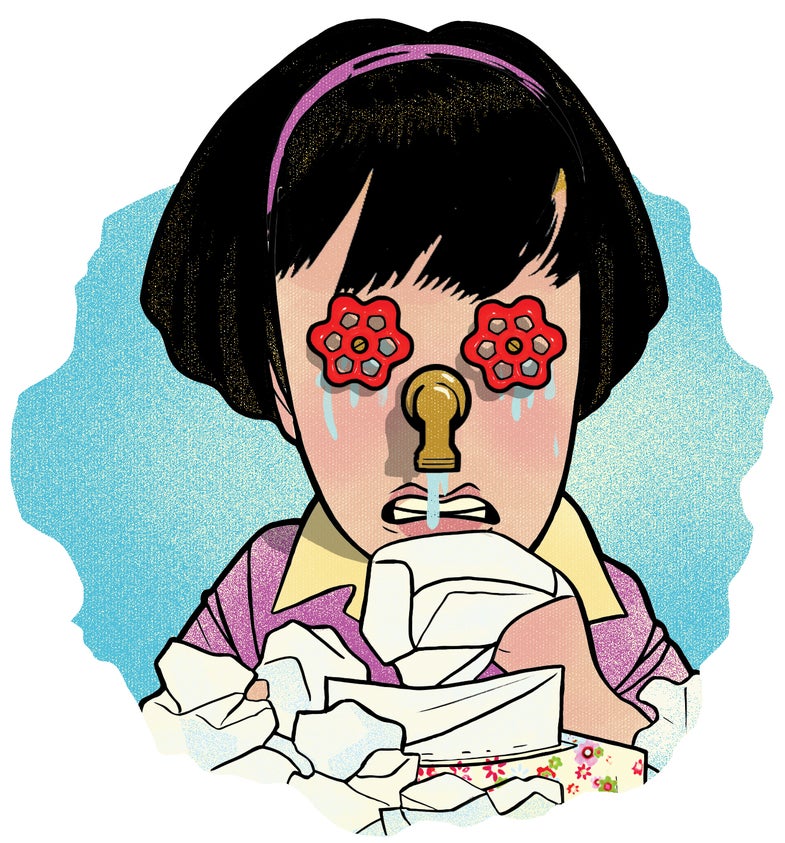 Every minute, a person generates about 1 or 2 microliters worth of tears. They are a mix of oil, mucus, and water, secreted from different glands and cells around the eye. Tears serve to keep the eyeball surface lubricated. When you blink, your lids work like windshield wipers to push those tears into a pair of tiny holes called puncta, which lead to two sacs between the eyes. Blinking also squeezes those sacs, draining the liquid down the back of the nose and throat. This system operates throughout the day, though you’d never notice.

If your eye gets irritated or if you’re feeling sad, tear production ramps up. The lacrimal gland, which sits above and on the outside of each eye, secretes water until your eyes fill up and overflow. (This dilutes the oil and mucus, so, counterintuitively, extra-watery tears don’t actually moisten eyes.)

Each eye can hold about 7 microliters of fluid, says Penny Asbell, an ophthalmologist at Mount Sinai Medical Center in New York City. When this threshold has been crossed, tears dribble out your eyes and down your cheeks. Excess tears can also flood the drainage ducts that lead into the nasal passage, hence the runny nose.

This article originally appeared in the December 2014 issue of Popular Science, under the title “Why Does Crying Make Noses Run?”.

Ask Us Anything
ask anything
crying
December 2014
mucus
tears