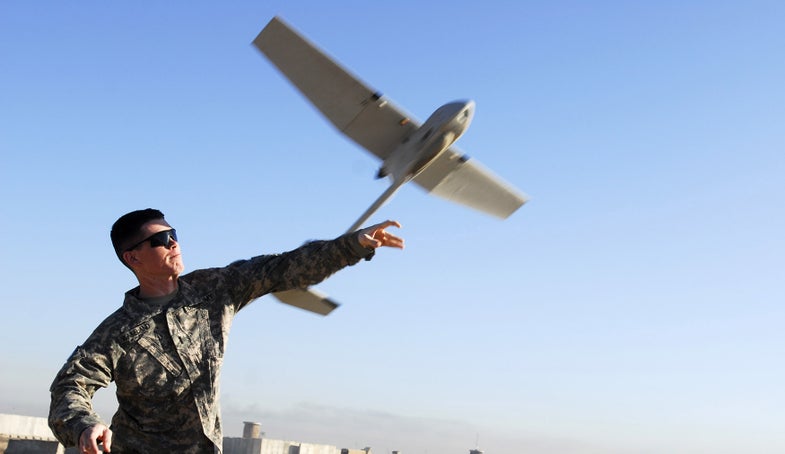 America’s Raven drone is not the most intimidating machine in the sky. Small, portable, and hand-tossed, it’s a light scout for troops on the ground, buzzing over a hill or around a building, looking out for enemies around corners. Now it’s getting a second job, as a carrier pigeon.

Well, not quite a carrier pigeon. Marines recently tested a new secure datalink for the raven, so that it can serve as a relay for confidential military communications. At the appropriately named “Talon Reach” exercises, the Raven carried a Small Secure Data Link in its nose, turning the under 5-pound drone into a hand-tossed radio relay. Other drones have done this before, but those are all much larger drones, like the plane-sized Global Hawk or larger, catapult-launched scouts. Adding relay abilities to hand-tossed scouts means that small groups using Ravens can communicate effectively over greater distances, passing along information securely to far-away units who might need it.

Assuming, of course, the troops can get the dang Raven in the air: