Start planning your next trip. 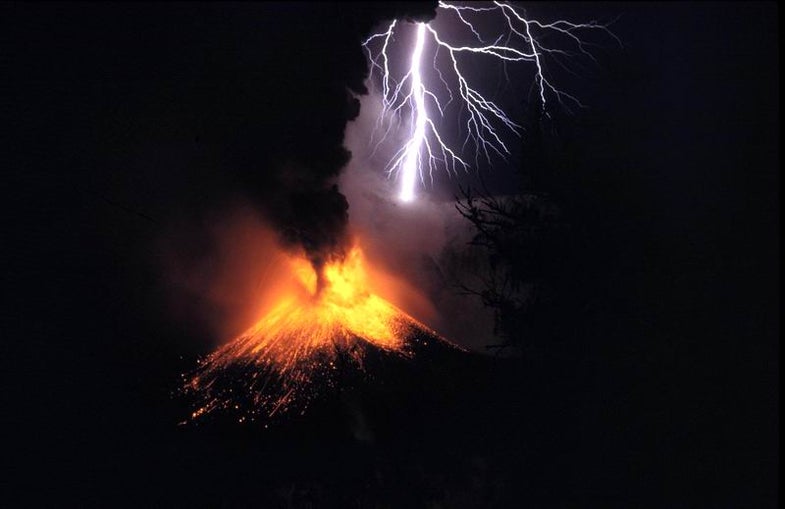 That’s a wrap on another total solar eclipse. And while the coincidental geometry and views of the phenomenon are certainly awe-inspiring, it’s worth noting it’s not that hard to see a total eclipse. Yes, it’s a rare scenario—the last time the path of totality swept across the entire nation was in 1918—but a smaller swath of the country will be hit with totality in 2024, and 2045 will usher in a path almost as nation-wide as the one we were treated to this year. If you’re willing and able to travel a smidgen further, South America is set to see total eclipses in 2019 and 2020.

In other words, given the average U.S. life expectancy of around 79 years, most folks will have the chance to drive or fly to a total eclipse at least once, if not more. Not to mention the fact that partial eclipses—which are also pretty dang cool—are even more common.

That’s why, even though we were super excited for the total eclipse, you shouldn’t sweat it if you couldn’t swing a trip to the path of totality. This sort of all-American eclipse event might be a once-in-a-lifetime event, but the viewing of a total eclipse is a little less singular. And more importantly, eclipses are predictable. You always know when the next one is going to be, and where. So if your absolute greatest heart’s desire is to get to see one in person, you can almost certainly make it happen. If you save 10 bucks a month starting now, you’ll have a cool $800 in the bank to finance your whirlwind eclipse trip to Texas, Maine, or somewhere in between.

If the eclipse frenzy has you hungry to go experience other awe-inspiring phenomena (or desperate to read about anything but the solar eclipse), here are a few rare sights you might consider trying to track down. 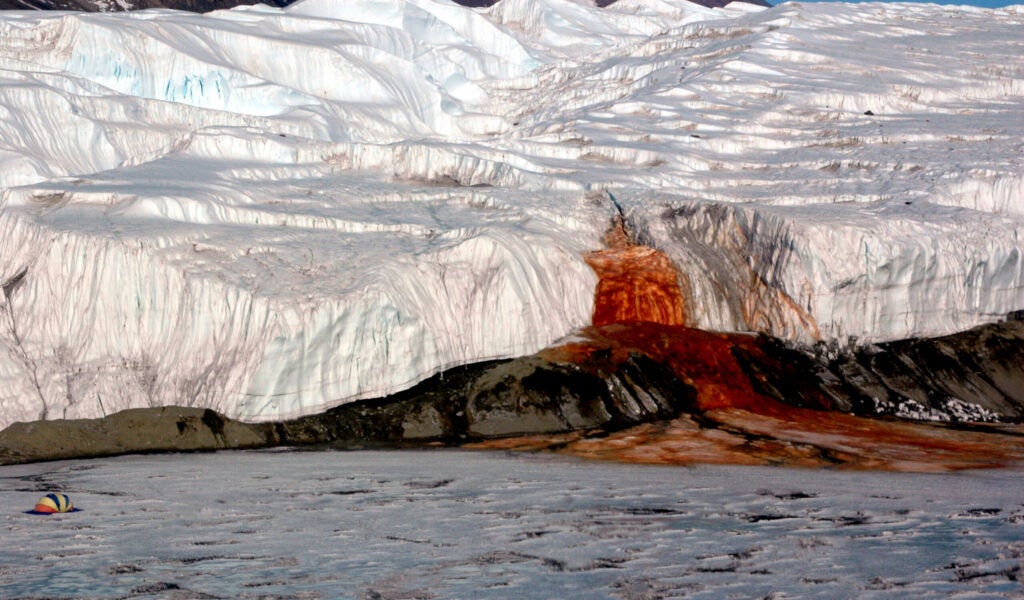 One of our favorite natural phenomena isn’t difficult to see because it happens rarely; the “Blood Falls” at Taylor Glacier are pretty prone to weeping with briny, iron-heavy water teeming with microbial life. But this creepy locale is very hard to visit. Even if you think you can handle Antarctica’s truly frigid temperatures (and cough up the thousands of dollars it takes to go there on vacation), it doesn’t appear that anyone is offering a tour of this particular feature. For now, your best bet is to become a microbiologist who specializes in extreme microbes—which is a course of action we highly recommend. 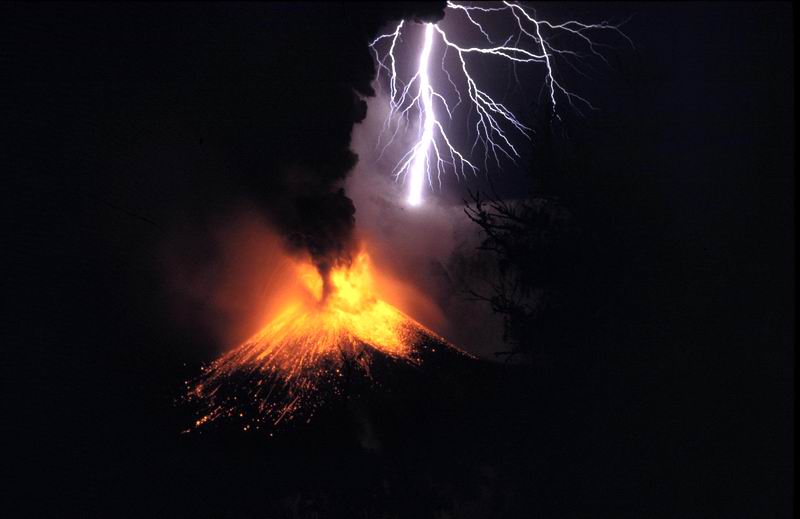 It sounds like some kind of delicious alcoholic ice cream thing (which we will soon invent, if it doesn’t already exist) but a “dirty thunderstorm” is actually a very unique kind of lightning. The typical kind happens when electrical charges form between tiny particles of water and ice inside clouds. Volcanic lightning forms inside thick ash plumes. Ash particles rub up against each other and create friction, and when they burst out into the open air and separate, electricity flows.

Oregon State University reports that around 200 eruptions over the last 200 years have displayed documented lightning. Assuming humans don’t spot every spark, that’s definitely a little more common than a total eclipse—those happen once every 18 months or so, if we’re talking globally. But given that volcanic lightning shows up unexpectedly—and only inside the giant ash plumes of big volcanic eruptions—we’d wager that you’re less likely to catch a glimpse in your lifetime. Unless you become a vulcanologist. Again, highly recommended. A 1901 depiction of ball lightning.

Goodness, gracious, great balls of lightning! We can only hope that’s what scientists said when they captured this rare electrical phenomenon for the first time in 2012. These orbs can flash in several colors and shine as brightly as a 100-watt bulb. They usually happen during thunderstorms, but it seems like they can show up in other places, too—when gases burped out of marshes suddenly catch fire in the air, for example. According to reports, it’s possible for the stuff to form inside (and sometimes even on airplanes, yikes). There are several proposed explanations currently in the running. Ball lightning can reportedly last for more than a second, which is quite long for lightning in general. But that’s still brief, especially for a phenomenon that’s so poorly understood—so observations are scarce. You’d have to get very lucky (or very unlucky, as the case may be) to see this one without dedicating your life to monitoring thunderstorms—or producing the balls of fire artificially in the lab. 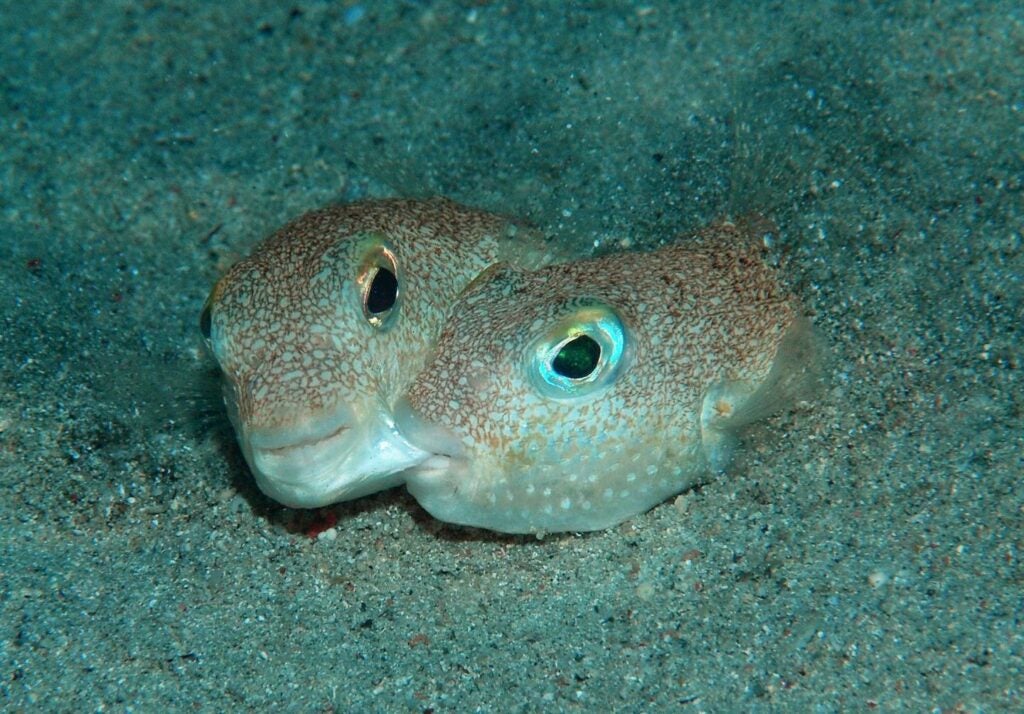 When two pufferfish love each other very much…

Pufferfish courtship is way less messy than the human kind. I mean, literally, look at how intricate this is:

These amazing spirograph patterns are a crucial part of the species’ mating process, so obviously they’re not that rare. Divers around Amami-Oshima Island in Japan see them periodically. But considering that you’d need to get to the right part of the world, get a diving certification, and hope to find a pufferfish love nest before anything disrupted it (they’re made of sand, after all) we’re going to argue that this one is tougher than a total eclipse. Though, again, you could choose to do a PhD on the mating behaviors of Japanese pufferfish. That would be neat. It might sound worse than watching grass grow, but waiting for rocks to move can lead to a big payoff. Because, like, the rocks might move. Death Valley’s Racetrack Playa is famous for its “sailing stones,” rocks as heavy as 700 pounds that appear to have moved across the ground on their own, leaving trails in their wake. But they’re not exactly speedy. When researchers finally managed to observe the motion in action for the first time in 2013, they found that the phenomenon—which takes place when the playa fills with water deep enough for floating ice to form at night, but shallow enough for rocks to stick out, and when the resulting ice forms and breaks apart just so—can move hundreds of rocks at a time. But since the individual rocks only move a few inches a second, spectators watching from far away might not even notice.

“It’s possible that tourists have actually seen this happening without realizing it,” researcher Jim Norris told the National Park Service. “It is really tough to gauge that a rock is in motion if all the rocks around it are also moving.”

So even if the conditions are just right when you find yourself in Death Valley, you’ll have to pay very close attention—like, applied physicist willing to stare at rocks for days at a time, close attention—to see this amazing feat in action.