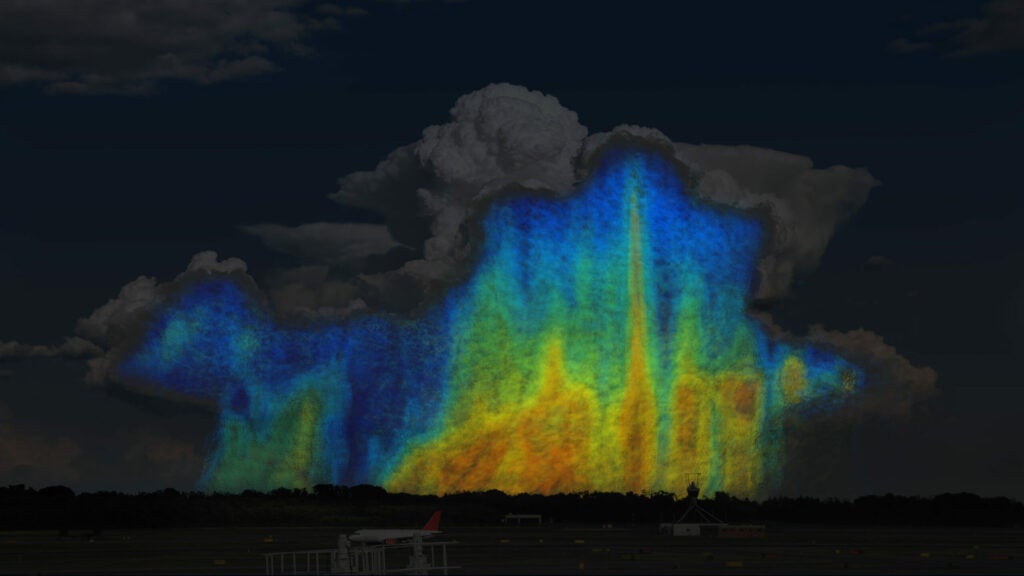 An image created to show rain drop size distribution in a rain cloud. The Blue and green drops are the smallest size, and the yellow, red, and orange drops are larger in size. The higher the ratio of larger drops a rain cloud has, the more water the rain cloud will have.

Growing up in Florida, I became accustomed to daily downpours of rain every afternoon in the summer. Rain clouds rush in, drop their load, and then promptly move on. Sure, some storms seem a little stronger than others, but what’s going on inside those storm clouds is much more complex than it may seem, and until now, scientists weren’t able to see the specifics.

In a joint project between NASA and Japan’s JAXA, the Global Precipitation Measurement mission was launched in 2014. A dual-frequency precipitation radar is paired with a multi-channel microwave imager, and the tools captured the first 3D images of rain droplets and snowflakes from space.

The key here is that not all raindrops are made the same. And the variation in that process leads to very different droplet sizes. The size of the drops depends on where the rain clouds are located around the world–smaller raindrops originate from clouds that don’t have any ice in them–and where in the cloud the drops are formed. Drops that form in the center of the cloud skew larger, since they end up colliding with other droplets as they fall. Droplets that form around the edges tend to be smaller. Most storm clouds contain a variety of droplet sizes.

So all of this is fascinating for people who love rain, but why does the size of droplets matter? Well, it turns out that knowing the droplet size allows scientists to more accurately predict rainfall, which could especially help plan if area is at risk of flooding. And knowing droplet size could also help scientists better understand how a storm might weaken. That’s because smaller droplets evaporate more quickly. That evaporation cools the air and creates downdrafts, which can dissipate the storm. During that next summer storm, instead of cursing the fact that you left your umbrella at home, marvel at the complexity of the water falling from the sky.