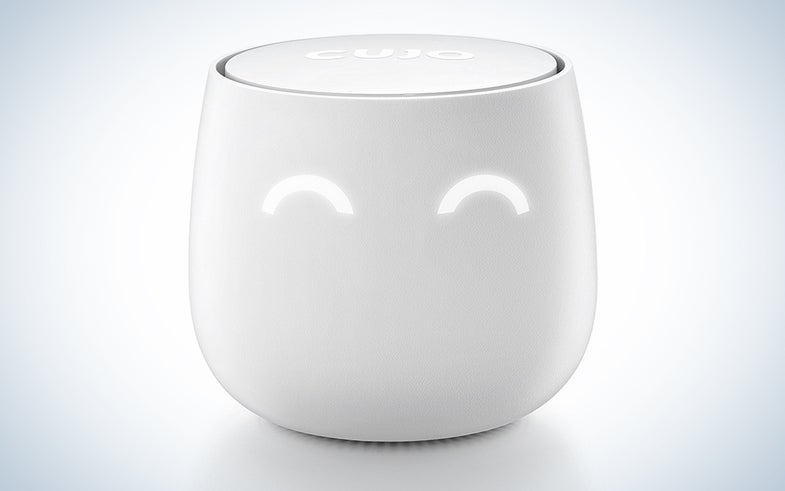 My job is to find cool stuff. Throughout the week I spend hours scouring the web for things that are useful or fun or ridiculously cheap. Often times, these choices coalesce into a guide of like items—for example, how to stay cool during the summer, things to make your bathroom the shit, or 7 apps that won’t make your kids dumber. But I often stumble across some pretty awesome stuff that doesn’t really fit into a list. So I made a list for those.

Here are some devices to make your home a little more connected. Have fun!

Use a 120-lumen Phillips Hue Bloom to add some color or custom light accents to your room. The bulb is powered by a plug—it doesn’t go in a lamp socket—and can be controlled by your smartphone or by using Amazon’s Alexa. It needs to be used with a Phillips Hue Bridge—which can connect up to 50 bulbs. The light dims and has 16 million color options—including multiple shades of white. $60.

The Awair Glow tracks the quality of the air—”toxins,” CO2, humidity, and temperature—in your home. To have more control, you can link other smart appliances like air conditioners or humidifiers to the Awair app. When the device detects that it becomes to hot or dry in the room, it will switch on the other connected devices. The Glow and app collect data and give you personalized tips on how to make your air healthier. It’s a pretty night light as well. $119.

With this, you can control your A/C—or heater when its cold—from anywhere. If the temperature spikes and you want to keep your poor doggy a little cooler at home, use the WeMo Mini Smart Plug to jack up the air conditioner. The plug connects via Wi-Fi and can be controlled from an app on your smart phone. Schedule devices in your home to turn on automatically. The plug works with Amazon’s Alexa and can pair with the Nest Thermostat as well. $20.

Out of all the smart home products I have tried so far, the Wink Bright lighting essentials kit was the easiest to set up. It’s pretty reliable, too. The bulbs were responsive even at the farthest end of my apartment, where my Wi-Fi signal barely reaches. The kit includes two A19 bulbs that connected seamlessly to the Wink Hub. While Wink Bright works with Amazon’s Alexa, it’s easier to control the light’s settings through the Wink app. Try the home sitter feature, which makes it look like you are home when you aren’t to scare off potential intruders, and the moonlight setting, which turns the lights on and off as it syncs with the local sunrise and sunsets. $119.

CUJO is a personal security firewall that connects to your home Wi-Fi. If you’re worried about someone in your family picking up a computer virus, or your network being susceptible to hackers, the CUJO theoretically detects and blocks these threats before they cause mischief. CUJO also allows you to block inappropriate websites over the entire Wi-Fi network—including tablets, phones, and gaming system—instead of only over one computer. The smartphone app lets you control the settings as well as see all of the devices connected to your network. $249.