They produce only water as exhaust. 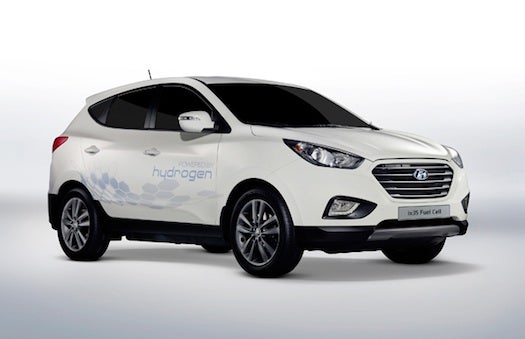 The first hydrogen-powered car set for mass production rolled off the assembly line this week in South Korea. The vehicle, an SUV by Hyundai called the ix35 Fuel Cell, creates only water in its exhaust.

Hyundai held a launch party for the rollout. A photo at the New Zealand Herald shows officials wearing black suits, colorful ties and large boutonnieres worthy of any prom. The car wore flowers, too.

We don’t mean to make fun of the event. We’d be excited, too; it’s hydrogen power, y’all! Though it’ll be a few years before consumers can get an ix35 Fuel Cell. Hyundai plans to start consumer production after 2015, by which time the company hopes each vehicle will cost about $50,000. Right now, each costs in the “upper $100,000s,” Frank Ahrens, a Hyundai communications officer, told U.S News & World Report. 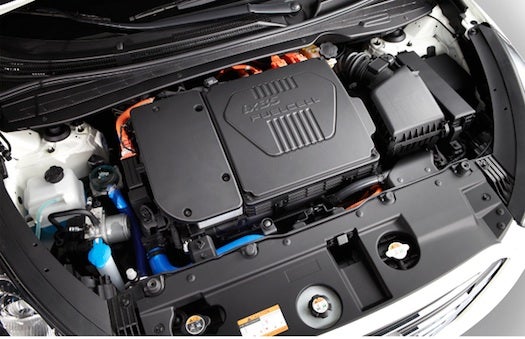 Still, Hyundai has sold 15 of the cars to the city of Copenhagen, Denmark, and two cars to Skane, Sweden. By 2015, the automaker plans to have 1,000 ix35 Fuel Cells ready to lease to public and private fleets. The cars will go mainly to Europe, where the European Union has started building hydrogen fueling stations, the New Zealand Herald reported.

Maybe it’s time to plan a little European tour, complete with a car rental, for 2015.