The open-source construction system WikiHouse could upend architecture as we know it. 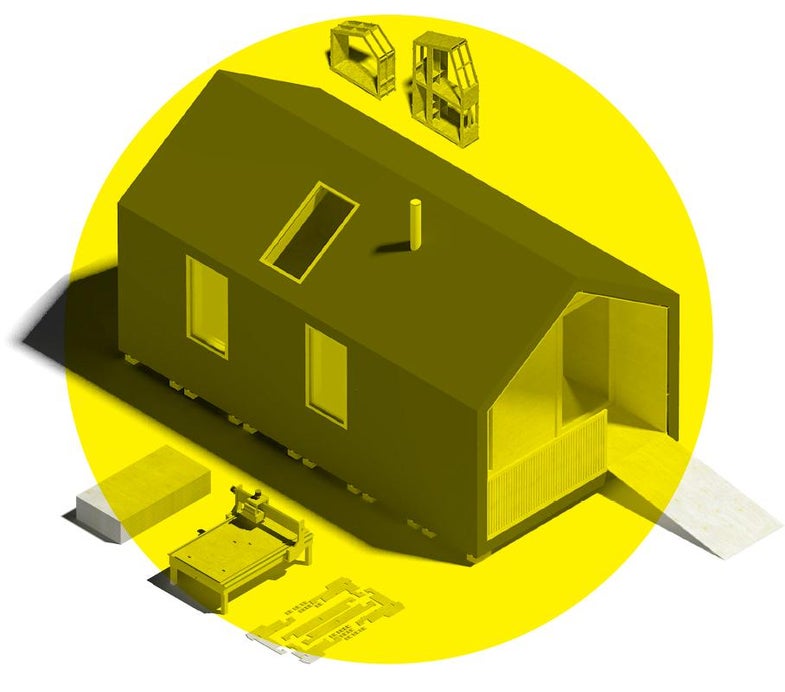 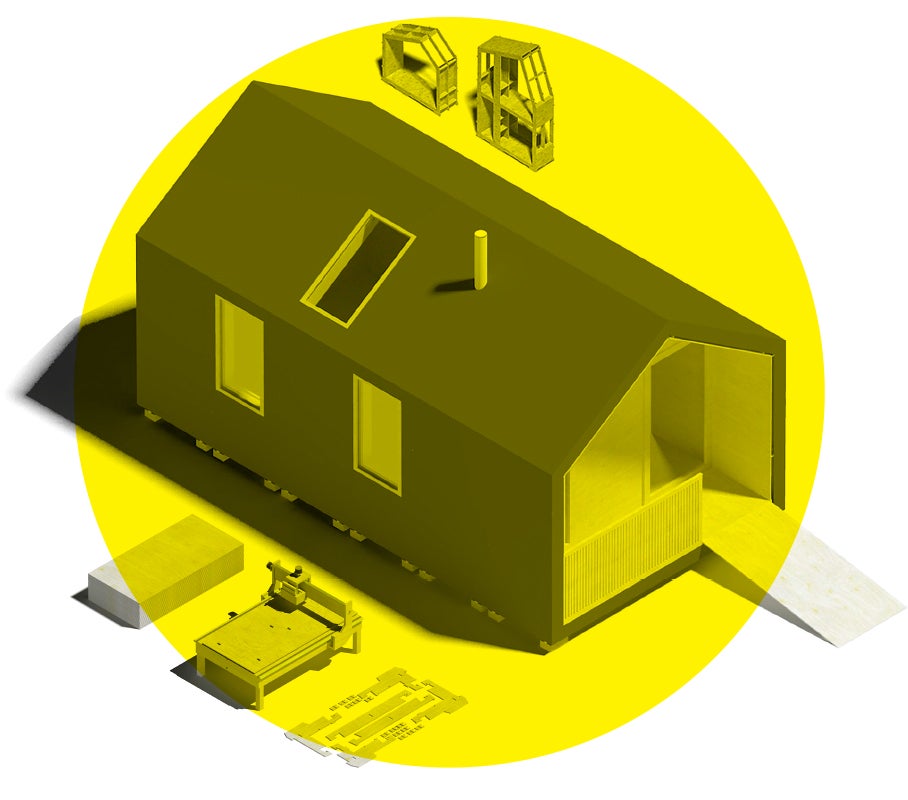 Home In A Day

On a cold, gray day in central London, Alastair Parvin is staring at a coffeepot, or what used to be one before he took it apart to clean it. The appliance lies strewn across an office table, a wreck of wet steel and springs. Parvin co-founded WikiHouse, an open-source construction system that could transform how people design and construct buildings. But rebuilding a percolator seems to have him stumped.

After a few failed attempts, Parvin reconstructsthe machine, produces coffee, and shows me around the maker space he shares on one floor of a mid-20th-century skyscraper. It’s a sprawling landscape of desks, sofas, and bulletin boards with a plywood house frame rising from within the common area. It’s also an apt manifestation of WikiHouse itself: occupants taking back architecture on their own terms.

The 30-year-old Parvin, a member of the design collective 00 (pronounced zero zero), started WikiHouse with fellow architect Nick Ierodiaconou in 2011. In effect, the two set out to subvert their profession just as they were entering the workforce. Architecture, Parvin argued at an attention-grabbing TED talk in 2013, has become a rarefied service for only the very rich. WikiHouse aims to put home design and construction in the hands of all people, regardless of training or economic status. It has established a free library of building plans that anyone can download, adapt, print, and construct. 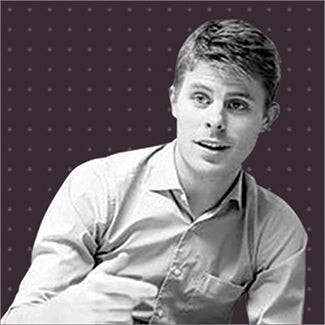 “WikiHouse is an open production system,” Parvin says. “Using a 3-D–modeling program like Google SketchUp, you can build your plans from scratch, import some from the WikiHouse site, or mix the two approaches. Then, send the plans to a CNC machine, which cuts the pieces from plywood. It’s like printing an Ikea flat-pack house.”

As with ready-to-assemble furniture, the plans clearly match the cut pieces, so construction is straightforward. Moreover, many of the pieces fit together with wedges and pegs that are also cut from plywood, simplifying the tools and reducing, if not eliminating, the number of metal fasteners required. Cover the finished frame with cladding, pack it with insulation, and you have a structure you can live in.

So far, there are a handful of prototype WikiHouses and one completed construction—a walkers’ shelter in Fridaythorpe, England, a moorland village of 300 people previously noted for hosting the World Championship Flat Cap Throwing Competition. “There’s no inhabited WikiHouse yet,” Parvin says. “But we’ve got several on the board.”

Meanwhile, the number of WikiHouse users is growing. What began as a small project has developed into a global community of individuals and teams who experiment with designs, share their experiences, and collectively troubleshoot.

But even if thousands of forward-thinking landowners choose to erect their houses themselves, WikiHouse doesn’t yet replace an essential role of architects and contractors: navigating the maze of laws, approvals, and materials needed to keep an abode safe, legal, warm, and plumbed-in. Parvin acknowledges that limitation, and to address it, he says he plans to expand the site to provide designs suited to a user’s location and needs.

“Our dream is to make WikiHouse simple to use, with parametric software that lets you say how big you want things, what material you’re using, and then generates everything,” Parvin says. “It will know about all sorts of things, like the way plywood behaves in different humidities, your climate, your electricity, even your zoning laws.”

Parvin grew up as Wikipedia began to mortally gore the Encyclopaedia Britannica—he was 17 when the crowdsourced reference site launched—and he wants the Internet to likewise force the evolution of his field. An open system makes it possible to scale and test ideas quickly, so WikiHouse could become a launching pad for new building technology. It could also destabilize the established role of architects and construction firms: Why pay them to design and build something that’s already been perfected and put together thousands of times? Parvin has not only spotted the technological shift that makes his training as an architect redundant; he’s actively trying to bring that shift about.

At the end of the interview, we pick up our respective digital tablets. Parvin takes the opportunity to talk about the Claude glass, a tablet-size 18th-century black mirror used by landscape painters to view a scene with heightened contrast and color. It’s credited with reviving the popular art of the landscape. “Technology isn’t about higher, faster, bigger,” he says, staring into the black mirror of his iPad mini. “It’s about reducing thresholds, enabling ordinary people. That’s when it changes cultures.” 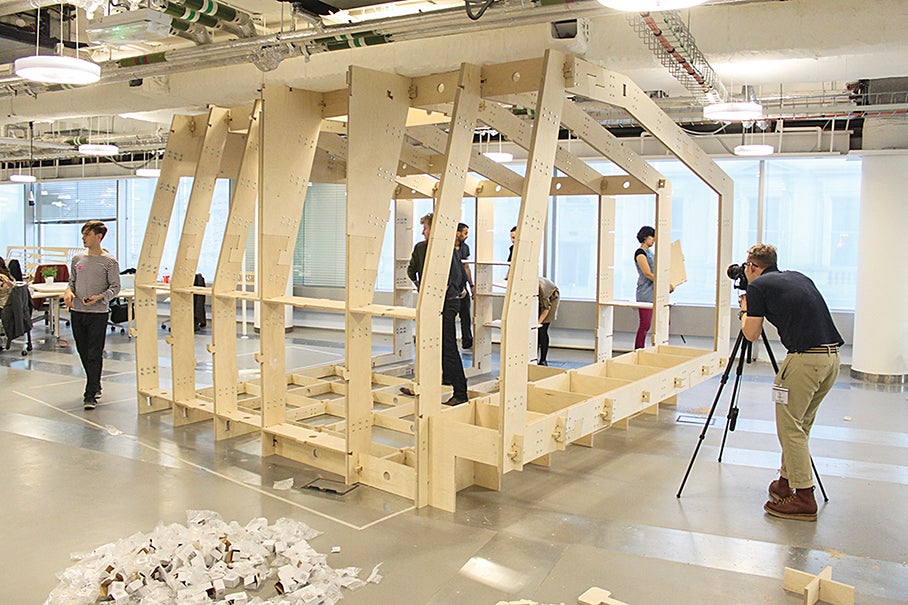 At WikiHouse’s London office space, visitors inspect the frame of a prototype shelter. The joints have wedge and peg connections inspired by classical Korean architecture.

HOW TO PRINT A HOUSE, IN FIVE EASY STEPS

1) Install Google SketchUp, a free3-D–modeling program, and download the plug-in for WikiHouse.

2) Choose a home design from the WikiHouse library, and click “make this house” in SketchUp to generate cutting files for its components.

3) Use a CNC mill (or hire a machine shop) to cut the beams, panels, and other pieces from a sheet material such as plywood.

4) Match the pieces to form a frame, and connect them with pegs. Raise the frame, and screw on the walls, roof, and floor panels.

5) Plumb and wire the structure, and add insulation, windows, and cladding to weatherproof it. Now your new WikiHouse is ready for occupants.

Rupert Goodwins writes about technology in the U.K.