In Austria, where genetically engineered food is banned from the shelves, regulators have granted the first DIYbio lab permission to … Continued 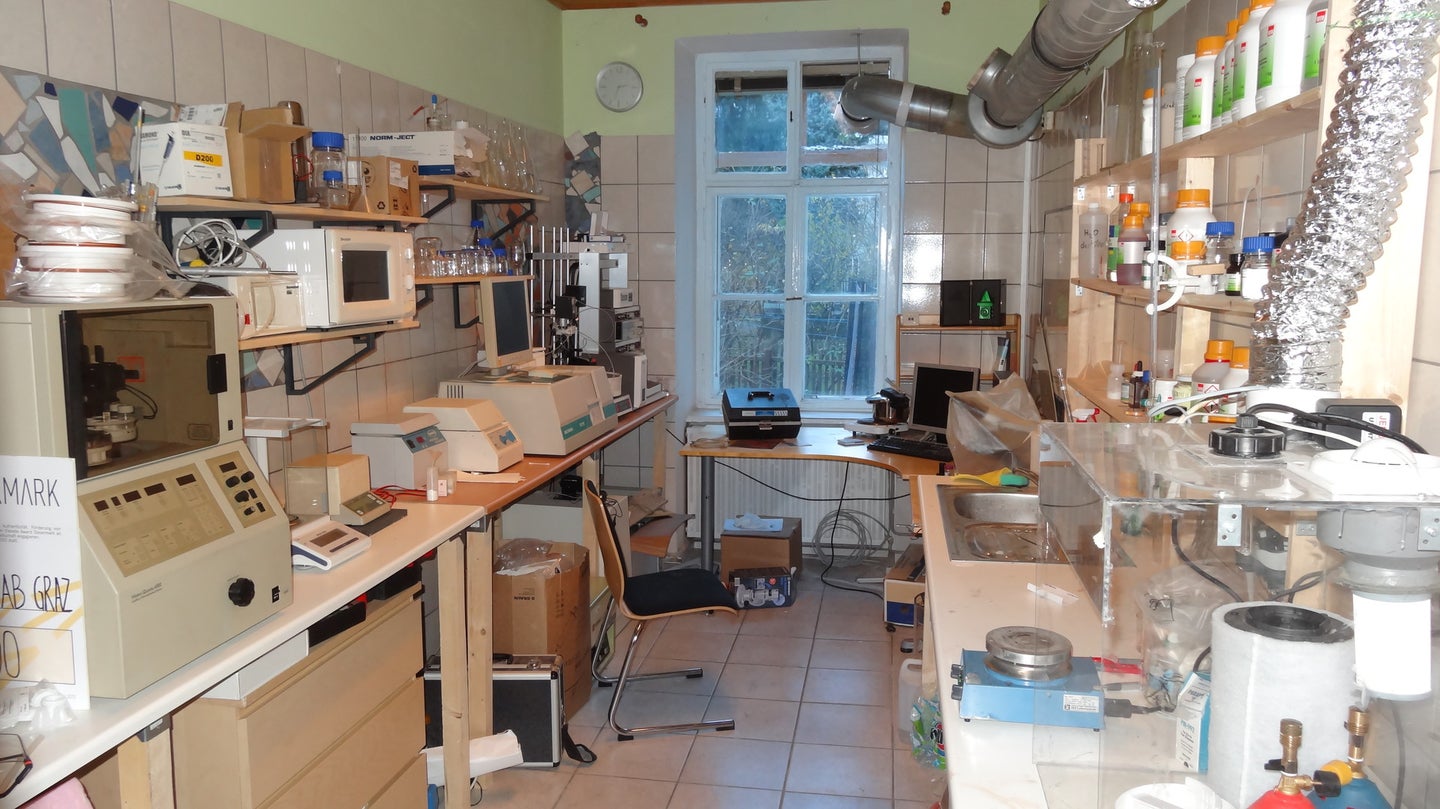 In Austria, where genetically engineered food is banned from the shelves, regulators have granted the first DIYbio lab permission to work with GMOs. For only 40 euros and some paperwork, the one-year-old biohacker space, Open BioLab, is now bioengineering its first batch of bacteria.

Unlike in the United States where there are few restrictions on genetic engineering, Europe heavily regulates GMOs. Austria established a policy in 1995, which requires a permit in order to experiment with GMOs outside of professional labs because of fears of cross-contamination, allergens and unknown side effects. Thus, Austrian DIYers, like most European biohackers, have never ventured into synthetic biology.

This fall, Martin Jost and Alex Murer, the founders of Open BioLab, contacted the Austrian Federal Ministry of Health to begin the application process, so they could try out their homemade bioreactor made from thrown-away computer parts and electronics from remote control models. Applying for the permit was surprisingly easy.

“The Ministry of Health was really helpful and excited,” says Jost. “You need to meet certain safety standards, but it’s not as difficult as it sounds.” Murer, his counterpart, says, “Don’t hesitate to apply just because you think it’s too hard, because it’s most likely not.”

According to the Austrian Federal Ministry of Health, many similar GMO applications have been submitted across the European Union, though it hasn’t revealed the exact number.

In Ireland, Biohacker Cathal Garvey received a Class 1 permit for 250 Euros, which allows him to create genetically modified micro-organisms. “The licensing process was a bit bureaucratic and time consuming, but I wouldn’t say confusing,” says Garvey.

Austria requires Open BioLab to have a biosafety officer, biosafety committee, and GMO supervisor, all of whom must have experience with GMOs.

To Jost and Murer, this oversight still allows for more freedom than they have at their school, the Technical University Graz & Karl-Franzens University Graz where the two study biology. Inspired by a lecture on biotechnology, the two wanted to work on their own GMO project, but couldn’t at school, so they decided to build their own bioreactor, or a container to cultivate GMOs. “There is barely any way to do creative stuff at the university,” says Murer, “We were just following protocols all the time.”

With their new GMO permit, they hope to genetically modify bacteria to produce Taq polymerase, an enzyme required for artificially copying DNA. “Taq polymerase enzymes are really expensive, and we want to try to produce them ourselves,” says Jost. “And, of course, we will create glowing bacteria.” One day, they hope to make GMOs that produce fuel from sunlight.

“Most people don’t know how many products they use daily are made with GMOs,” says Jost. “We want people to learn that ‘GMO’ per se is not bad.”