8 Absurd Predictions About The Future That Sorta Came True 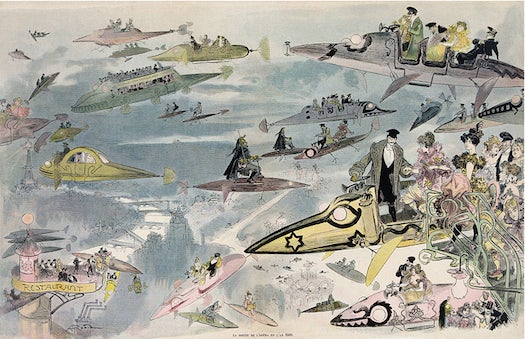 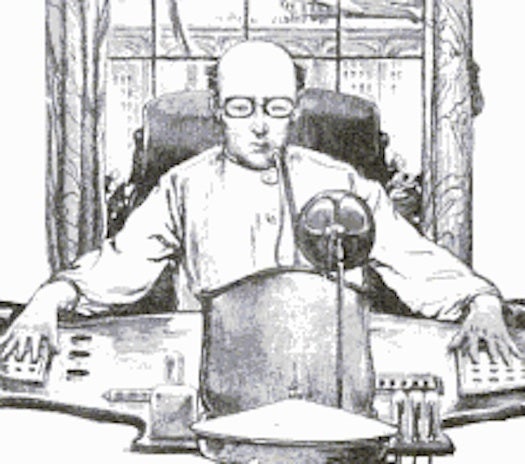 In 1925, British professor A.M. Low wrote a rollicking forecast of life in the coming century. The Future, as Popular Science wrote two years later, was full of flying cars! One-piece suits! Radios everywhere! Much of which sounds downright absurd with the conveniences of hindsight. But here’s the thing: Low was actually right.

Partially, anyway. No, we don’t zip to work in aerial Priuses, but we’ve all seen enough onesies to last us until the 23rd century. Even more intriguing than the predictions that haven’t come true are the ones that nearly did. Following are eight of our favorites:

1. Clock radio backrubs
“The typical man of the future will be called by a radio alarm clock in the morning to take a few moments’ radio light treatment or massage.”

How it’s partially true: Clock radio came along in the 1940s. Sadly, massages are not yet included.

2. The monkey suit
“He will jump into his synthetic felt one-piece suit… men and women will dress almost alike.”

How it’s partially true: Synthetic clothes are cheap and accessible, but usually don’t come in the form of onesies. Still, we all know someone who owns one. That someone might be us.

3. Bald and beautiful
“He will wear his hat almost continuously, because everyone will be bald.”

How it’s partially true: We’re not sure why the future necessitates baldness, but we could well be on our way. Millennials of almost every crop have embraced undercuts and partial shaves. Call it Skrillex hair.

4. Hands-free eats
“His breakfast may come from the communal kitchen by tubes.”

How it’s partially true: If Yoplait Go-Gurt and Skippy Squeeze had ever caught on, we’d probably be going to town on some semiliquid snacks right now.

5. Venture and adventure
“Most of [the businessman’s] travel will be by air, and he will week-end in Asia or Africa.”

6. No noise, no problems
“The world he lives in will be much quieter than today, for noise will have to be eliminated before long.”

How it’s partially true: Even though 21st century man hasn’t eliminated noise, he can cancel it at will. Swagged out with Beats by Dr. Dre, Bose or some other pair of pricey headphones, the man of the present can cancel noise until his head aches.

How it’s partially true: For some reason, many offices are still using telephones. The tech-savvy are Skyping in via computer screens. Even your grandmother knows how to do this.

8. Flying Cars
“There will be a wonderful Pegasus vehicle, an aerocar, that can fly as well as ply the roads.”

How it’s partially true: We’ll have to hold out for this one. There’s time yet.

Read the full story in our June 1927 issue: An Amazing Vision of the Future.