The champion skier chats about the perfect gear. 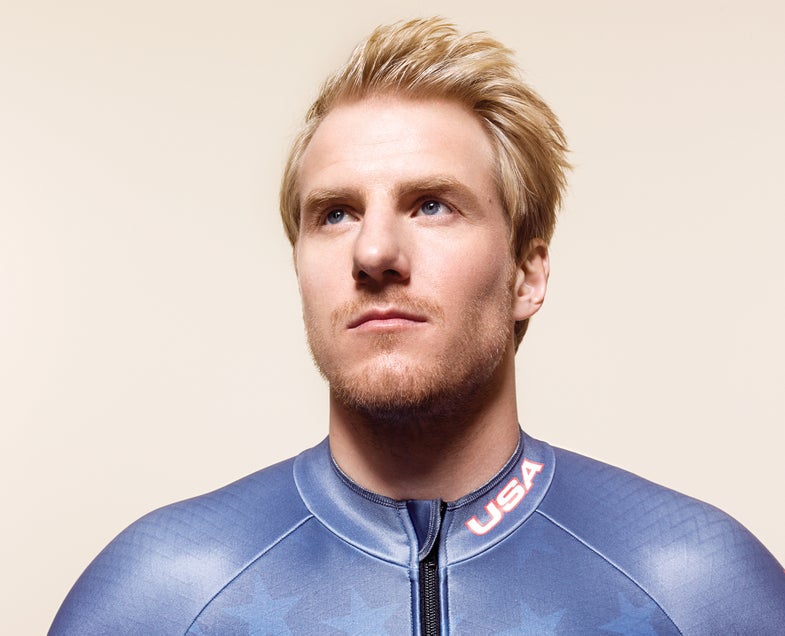 Last February, Ted Ligety became the first skier in 45 years to win three events at the annual World Championships. At Sochi, he is a medal contender for the same three races—the slalom, super-G, and super-combined. Ligety brings both precision and speed to the course, a product of training and immense natural talent. But he also credits his success to a relentless pursuit of the perfect gear.

This year you’ll be skiing in a new, more aerodynamic suit. How often do your skis change?

TL: I work a lot with my ski sponsor, Head, to develop new technologies. We’re always tweaking construction—for example, the flex of the ski, how it runs through the snow, where the radius will pull when you turn, and what the rebound energy feels like. For summer training, I traveled to New Zealand with 70-something pairs of skis. The equipment is do-or-die for us. If you’re struggling with it, you won’t have a chance of winning.

_How have rules set by the International Ski Federation (FIS) affected technological development? _

TL: Last year was the first year the ski regulations changed, and giant slalom was affected the most. The skis got longer and straighter. The turn radius changed from 27 meters to 35 meters, and the length went from a minimum of 185 centimeters to 195 centimeters. That was definitely a big adjustment, and it left us less margin to really play with stuff.

You also make goggles and helmets with your company, Shred Optics. Do those continue to evolve too?

TL: We started with goggles in 2006 and began making helmets in 2008. The helmet rules also changed a lot this year. Basically, you have to maintain the same force numbers at a higher speed. Helmet technology really hasn’t changed much in the past 20 or 30 years. They’re just a hard plastic shell with EPS foam inside, and to conform to the new rules, most companies are just making that foam thicker. My partner is an MIT-trained engineer, and he found a new material that we’ve incorporated. It absorbs more force than traditional foam. And it has intelligent properties, so it doesn’t just smoosh out and never return to its original shape. It’s soft to the touch but hardens on impact.

Why did you start making gear?

TL: I’m an athlete, so I’m very interested in making the sport as safe as possible—just for my own career longevity. I know a lot of athletes on my team and others who have had major head injuries. For some of those guys, it’s career-ending. Other guys just take a year-in-year-out beating on their heads, and there’s more evidence now that it affects you later in life. I’m very conscious of that, and it’s a huge motivating factor for me to create safer and safer products.

TL: I started playing around with GoPros on my own to get some cool footage. But it’s actually become a big training tool for my team and me. You can get a good sense of body position at different points in the turn, and the cameras have such a wide angle they can catch your every move. I’ve made a couple of mounts that stick out the back of my head by like two and a half feet so that the camera catches my whole body—head to skis—and that’s been really beneficial. Analyzing our skiing this way is totally different from watching footage that a coach took on the side of the hill with a camcorder.