A Silent Isolation Room For Satellites 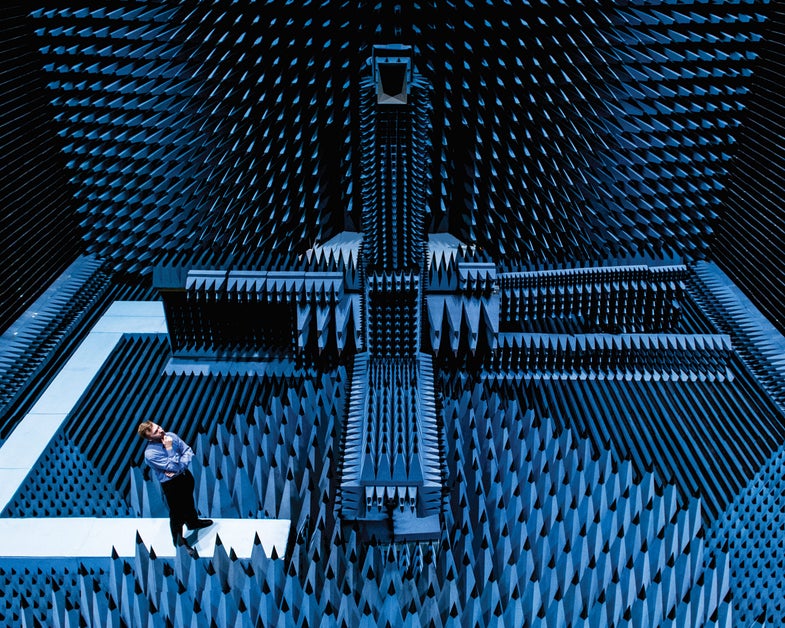 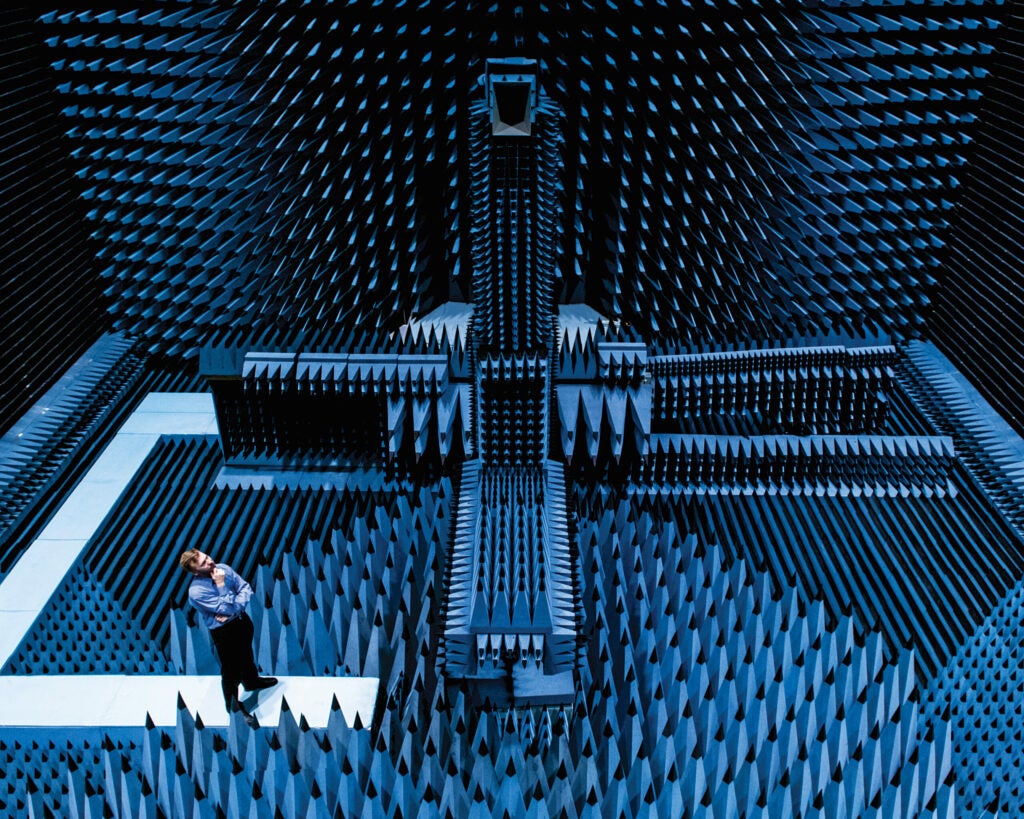 Built in 1967, DTU’s anechoic chamber was orginally black, but “it was like working in a grave,” says Olav Breinbjerg, an antenna engineer. So in the nineties, new absorbers were painted a cheerful blue.

More than 1,000 working satellites orbit Earth. As space becomes increasingly crowded, there’s a greater chance that the satellites’ radio signals could overlap. To avoid that problem, which disrupts communications, satellite antennas must transmit only within a narrow frequency band. The radio frequency anechoic chamber at the Technical University of Denmark (DTU) is one of the best places in the world to accurately calibrate antennas. A steel Faraday cage surrounding the chamber blocks interference from external sources, such as Wi-Fi and broadband networks. Inside, foam pyramids stop a satellite’s own radio waves from bouncing around, to ensure that a receiver in the chamber measures only the signals coming directly from the antenna and not reflections. (The pyramids dissipate the signals as they travel from tip to base.) Engineers then use the recorded transmission patterns to adjust, and sometimes rebuild, the antenna. After all, if a satellite fails in space, there’s little anyone can do. 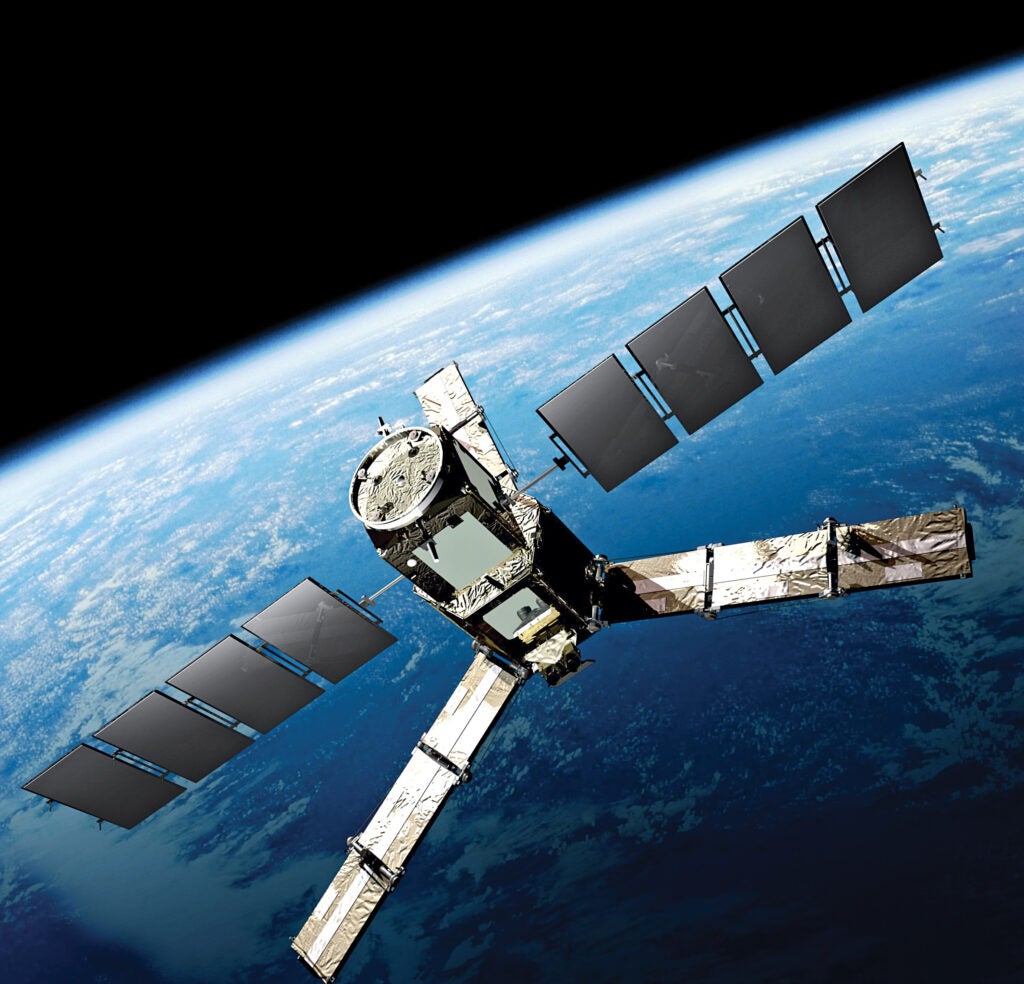